Report-back from the People's Movement Assembly: Toward a People's Constitution 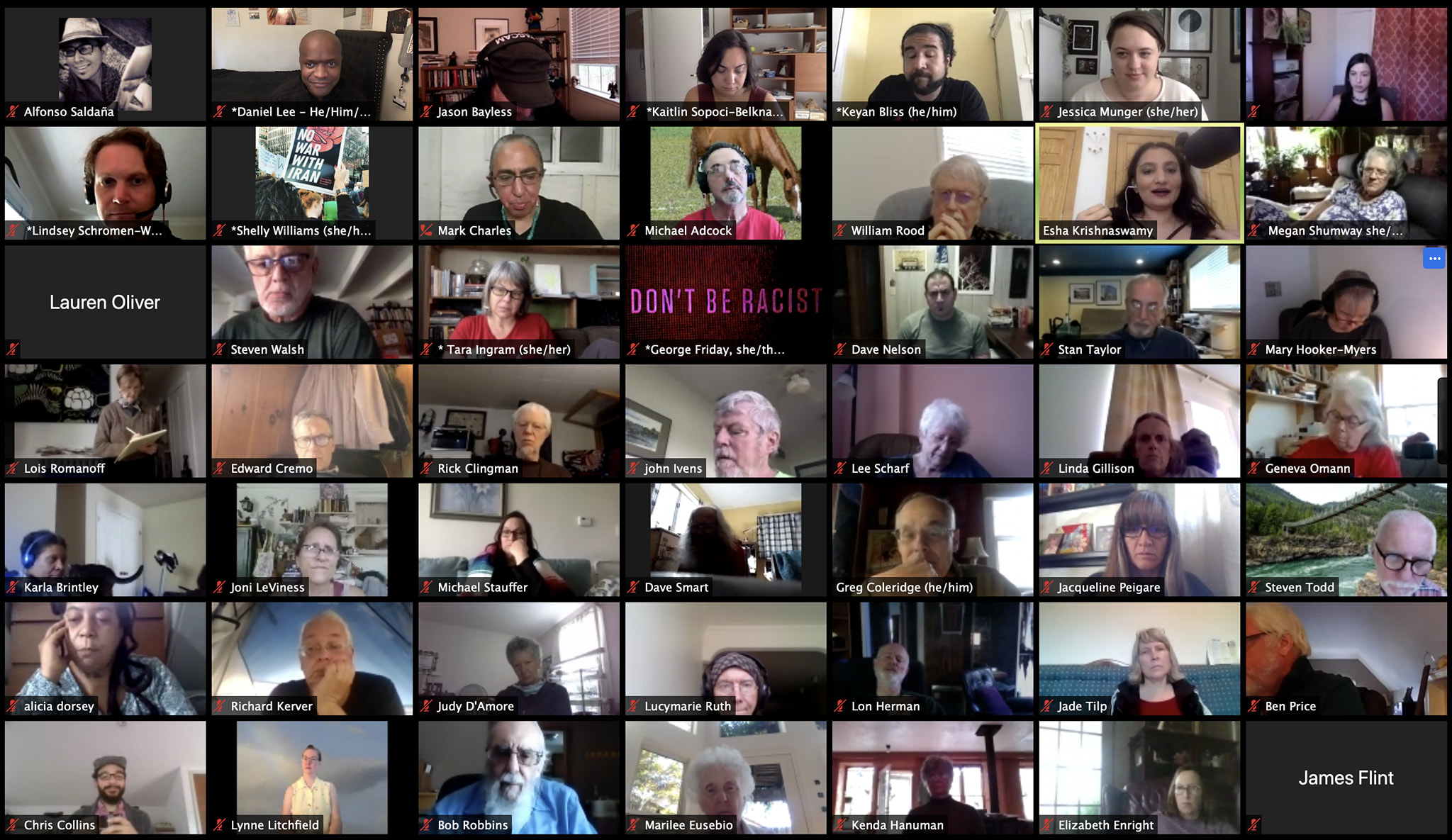 This past weekend was momentous. Move to Amend, in coalition with our partners; Community Environmental Legal Defense Fund, The Pachamama Alliance, A Radical Guide, and Liberty Tree Foundation for the Democratic Revolution assembled over 130 people for a weekend of learning, visioning, and discussions about a People’s Constitution.

Thank you so much to all of the participants, panelists, presenters, artists, facilitators, and those who took on childcare this weekend so we could gather. 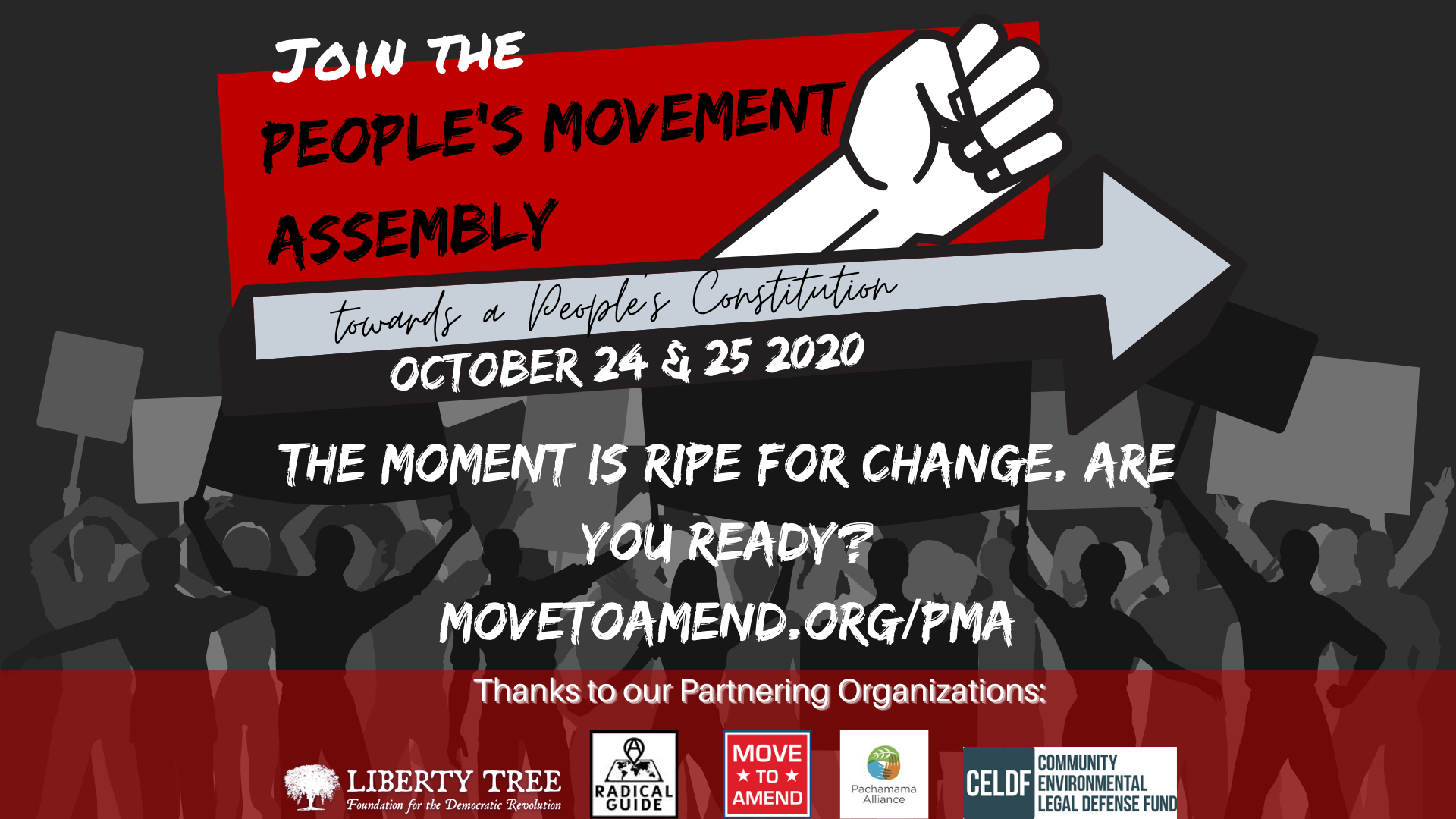 We want to welcome you to settle in for a weekend-long process and embrace the revolutionary community building in this historical moment.

Which means, we’ve got a lot to cover! To help maximize our time together, we’ve complied a suggested readings list for you and here’s what you can expect this weekend! 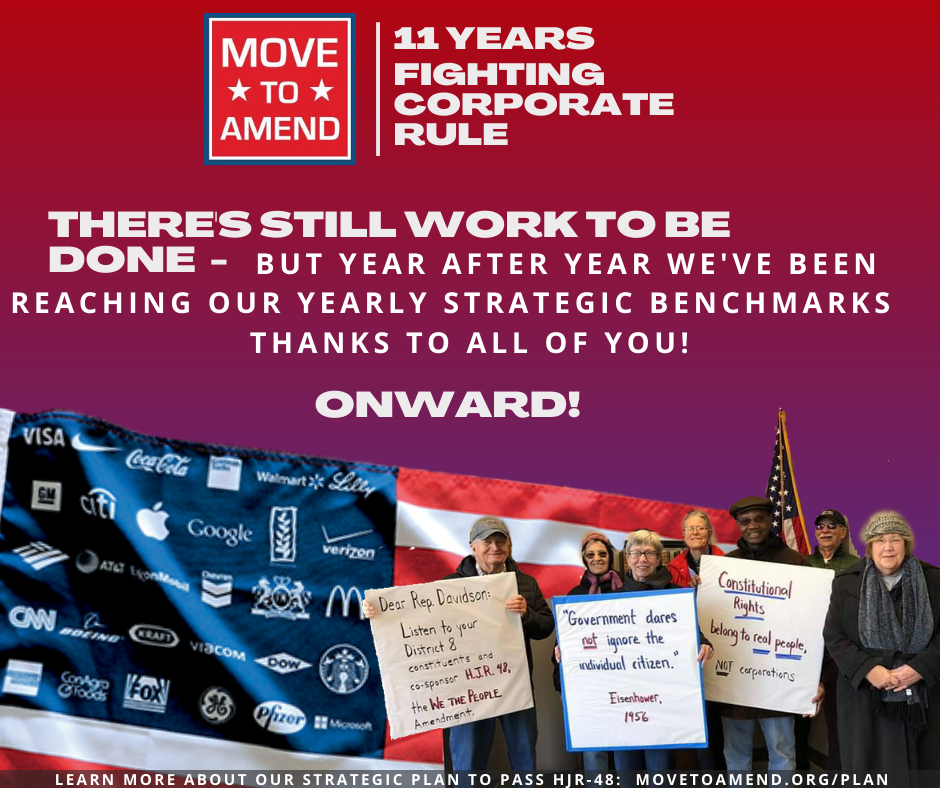 It's hard to believe. But eleven years ago today, twelve organizers and activists were sitting together in a living room, discussing what should be done in response to the terrifying Citizens United vs. FEC case that was being heard by the Supreme Court, expecting that it would pass.

The confirmation hearings for Supreme Court Judge Amy Coney Barrett started last week, and its result will have long-lasting consequences.

For a long, long time, Republicans have been trying to privatize everything, from Social Security to our Nation's public school system--and they know that a hard-right conservative majority on the Court could make that happen. That's why they are so eager to rush these confirmation hearings!

Move to Amend honors Indigenous Peoples Day, which recognizes Native people as the first inhabitants of the Americas -- including the lands that later became the United States of America.

Indigenous people -- like Black people, women and poor people -- were not who the founders had in mind when they wrote "We the People." Our Declaration of Independence -- that we are taught to believe is a fundamentally good instrument -- refers to Indigenous people as "savages." The racism is baked right into our foundation.

The Immorality of the Climate Crisis and Corporate Rule

In case you missed it, you can watch the recording of The Immorality of the Climate Crisis and Corporate Rule here. 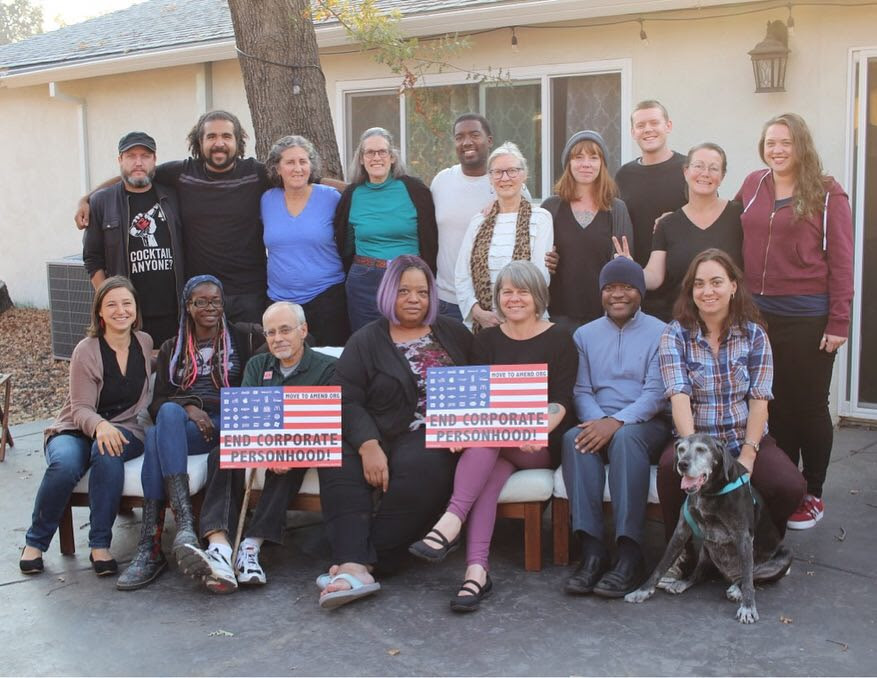 As we've mentioned in before, Move to Amend has really been hit hard by the economic downturn. Being a 501(c)4, we were not eligible for any relief from the CARES Act.

Unlike the majority of 501(c)4 nonprofits, however, we are almost entirely grassroots funded -- that means we rely on small donations from regular people. And because regular people fuel this movement, our financial support has taken a hit as well, because so many of us have had to tighten up our giving. As a result our staff laid itself off in April, and has been doing this work on a 100% volunteer basis.

It's time to start bringing our hardworking staff back onto the payroll - beginning with staff who are living in states that are making it hardest for workers to survive. Please help us by becoming a Move to Amend sustainer today!

We really need to talk about the weather - save the date, Oct. 1st

Join us on October 1st -- it's time to analyze and strategize together for the future of our livable planet.