Working Together for Real People Power

I’ve been privileged during my life in many ways. Near the top of the list has been the opportunity to work and become friends with incredible people across the country who’ve selflessly shared their time, talents and treasures to help others and to change the underlying conditions that harm people, places and the planet.

The separate and increasing numerous and interrelated economic, social, political and environmental problems that have been blatantly exposed in 2020 share several root causes. One of them is that people lack fundamental rights to make important decisions affecting their lives. This absence of our right to decide is due to a sad truth: we’ve never lived in an authentic democracy/democratic republic. We the People have never included all the people.

Making matters worse has been courts granting corporations constitutional rights (“corporate personhood”) that overturn passed laws and the constitutional right of wealthy individuals and corporate entities to spend huge sums of money to influence elected officials and public policies. Both prevent our ability to protect our health and safety and the welfare of our communities, country and ecosystem.

This needs to fundamentally change. That’s why I work and support Move to Amend, calling for the We the People Amendment and for real democracy. Please help me reach my personal goal of raising $5000 by the end of the year to support our efforts. 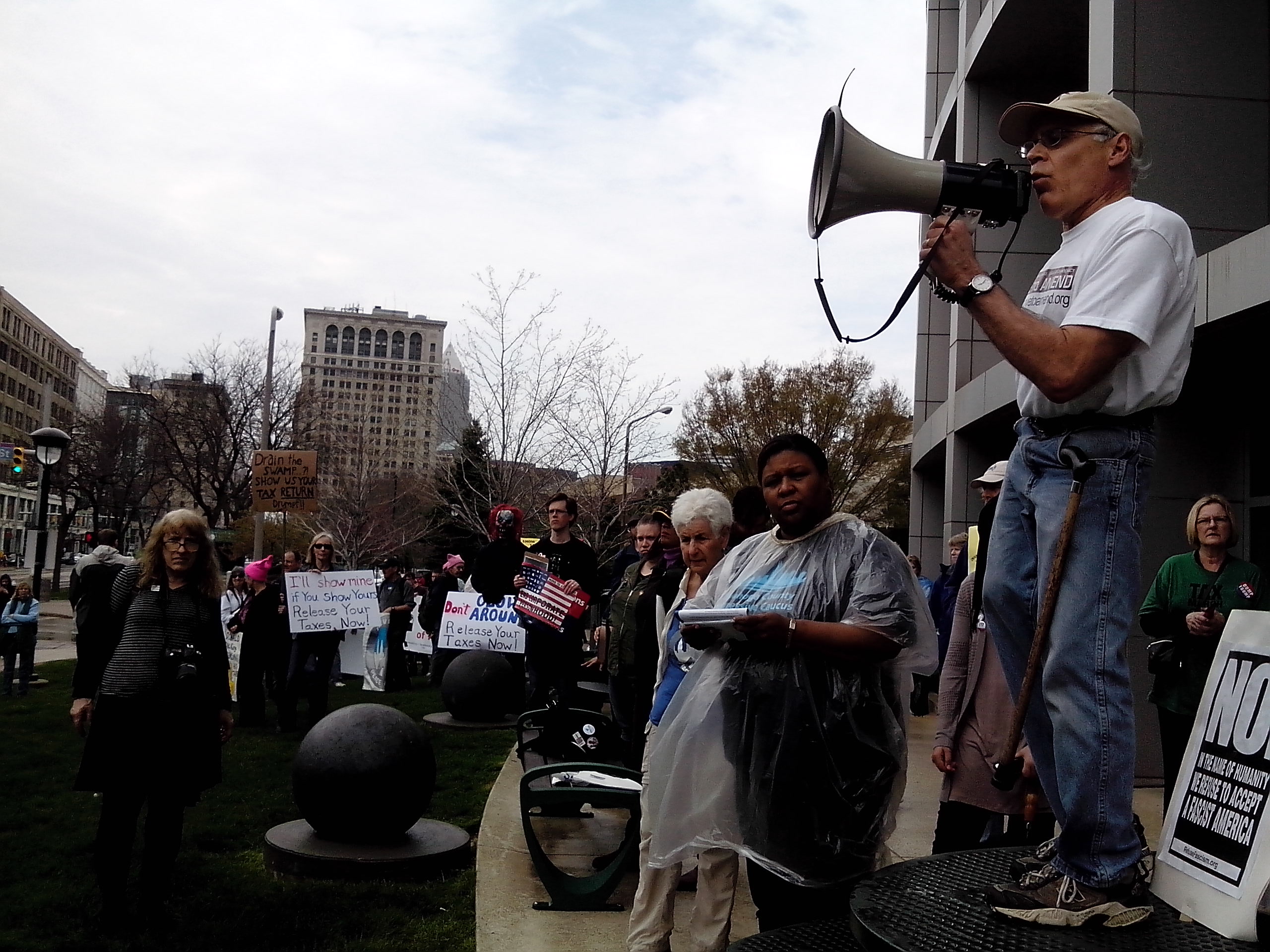 I’ve been working to end corporate constitutional rights for 25 years -- before most people ever heard of “corporate personhood” and more than a decade before the Citizens United Supreme Court decision. It began when it struck me that all the peace, justice and environmental problems I was working on for a social action organization in Ohio wasn’t addressing the core issues of: Who governs? Who decides? Who has the power to determine the kinds of laws and regulations we have? The answer to all these questions was “Not us, not people."

Past and present “surface” problems will never be solved unless we address the root solutions of abolishing corporate constitutional rights (“corporate personhood”), big money in elections (caused by the constitutional doctrine that money in elections equals free speech) and democratizing our Constitution. This will only happen by building a grassroots and racially, gender and age diverse democracy movement -- which is Move to Amend’s mission. Over 700 communities across the country have passed resolutions and initiatives in the spirit of the We the People Amendment while 75 Congressional Representatives are Amendment cosponsors.

We don’t chase the headlines or shift our strategy based on where major foundations this year want to put their money. We’re able to focus on root causes because we’re politically and economically independent -- not funded by corporations, big foundations, political parties, governments or billionaires. Instead, we depend on our supporters to help us continue the work.

The pandemic may have financially hit you hard. It did us. All staff, including me, worked as volunteers and went on unemployment for many months. It’s critical we get back on track for the start of 2021.

Please make an investment (it’s more than a donation or contribution) to help us together work for real people power to achieve justice in all their forms, a livable world and authentic democracy.

Thank you for considering.