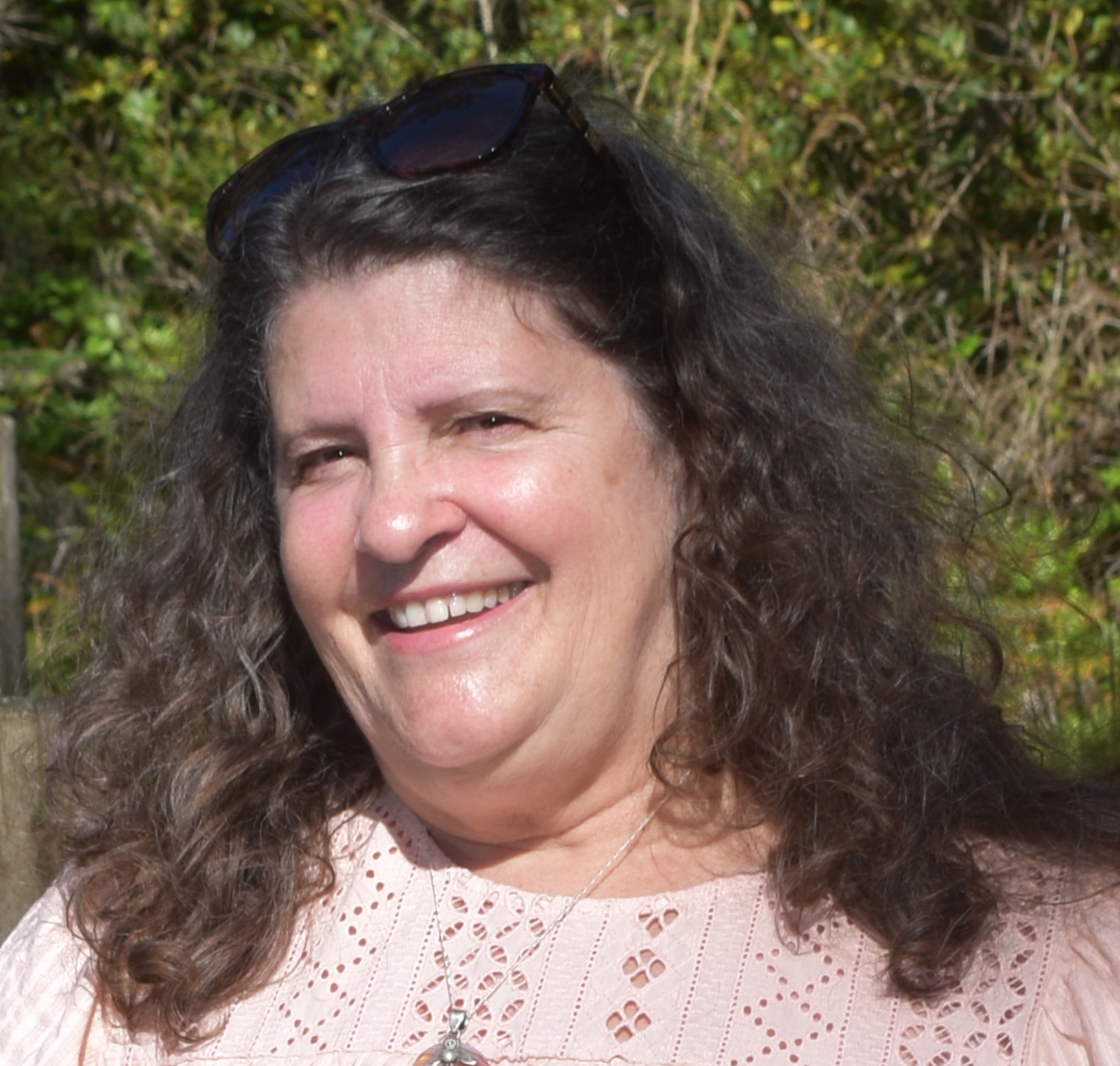 Pattie Gouveia (she/her) recently joined Move To Amend as a grant writer. Pattie earned a degree in Agricultural Science from Chico State University. She soon began working with farmers implementing alternative practices to pesticide use. As a staff writer for the UC Davis Integrated Pest Management Project, she wrote, IPM in Practice, Principles and Methods of Integrated Pest Management. As part of the IPM team, she worked with the founding members of the Sacramento River Watershed Program, a network for building a basin-wide context to improve watershed health. In 2000, Pattie joined the State Water Resources Control Board where she worked as an Environmental Scientist overseeing water quality issues and managing grant programs. After her retirement in 2008, she moved to the Southern Oregon Coast where she became actively involved in Rights of Nature issues. Pattie was a founding member of Coos Community Radio, a community owned radio station. She enjoys gardening, walks on the beach and growing up with her two beautiful grandchildren. 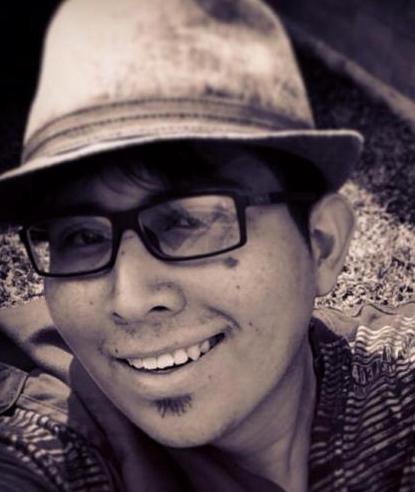 Alfonso Saldaña (he/him) is a Co-Director of Move to Amend. He began work with the Move to Amend National as an intern, soon joining the staff team as the Online Communications Coordinator.

Alfonso is a former student from the University of Texas at Rio Grande Valley where he earned a degree in English concentrating in creative writing with a minor in literature. In consequence of reading about the corrosive implications that come with wealth accumulation throughout the ages, Alfonso is now together with Move to Amend on a mission to get money out of politics and end corporate constitutional rights.

When not fighting evil conglomerates, he enjoys reading and writing horror and dystopian stories, taking long walks with his partner, and trying new vegan recipes. 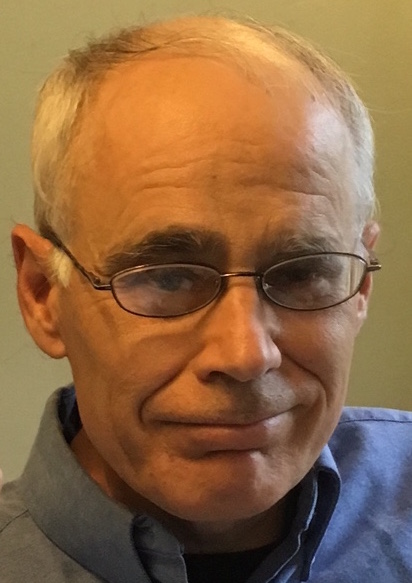 Greg Coleridge (he/him) is Co-Director of Move to Amend.  He previously worked for more than three decades with the American Friends Service Committee in Ohio where he educated, advocated and organized on a range of justice, peace, environmental and democracy issues -- including helping coordinate Move to Amend activities in the Buckeye state.

He is the author of The Depth of Change: Selected Writings and Remarks on Social Change (2022), Citizens over Corporations: A Brief History of Democracy in Ohio and Challenges to Freedom in the Future (2003), writer of the documentary CorpOrNation: The Story of Citizens and Corporations in Ohio (2003), and contributed several articles to the anthology Defying Corporations, Defining Democracy - A Book of History and Strategy (2001). He currently maintains and distributes via email a weekly REAL Democracy History Calendar and Monetary History Calendar.

Greg is a Board Member of the Alliance for Just Money (AFJM). He previously served an elected term on the national governing board of Common Cause and was a Principal with the Program on Corporations, Law & Democracy (POCLAD).

He loves camping, hiking, walking and swimming – especially with his wife, daughter and son-in-law -- and almost everything else outdoors! 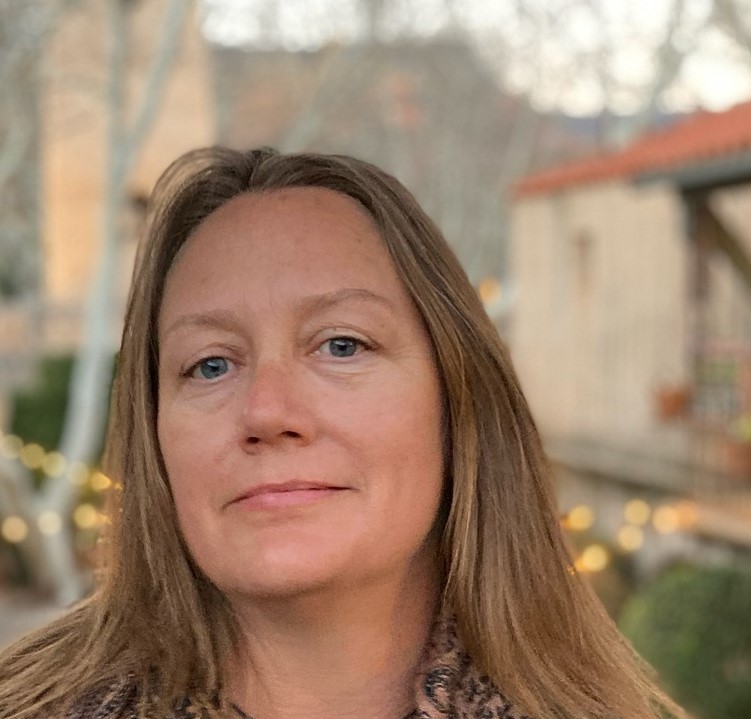 Jennie Spanos (she/her) is National Co-Director of Move to Amend. Her involvement with Move to Amend began almost a decade ago as a volunteer with Pensacola and Mendocino Affiliates.

As a journalist, she observed the immense stranglehold corporate power exerts over our government and communities. This experience shaped her perspective and fostered a deep passion and focus in her organizing work on environmental, social and economic justice issues leading her to collaborate with various intersectional grassroots movements building for a just and sustainable future.

The power reaped from the insane notion of corporate constitutional rights exists in tandem with structural oppression, and environmental degradation and is found as a cause of so many injustices. Move to Amend and the #WeThePeopleAmendment strikes at the root of that reality, so she is honored to organize with the coalition.

She continues to live a fairly nomadic life and receives immense pleasure from spending time with her clan, creating and cultivating things, hiking and soaking in natural springs. 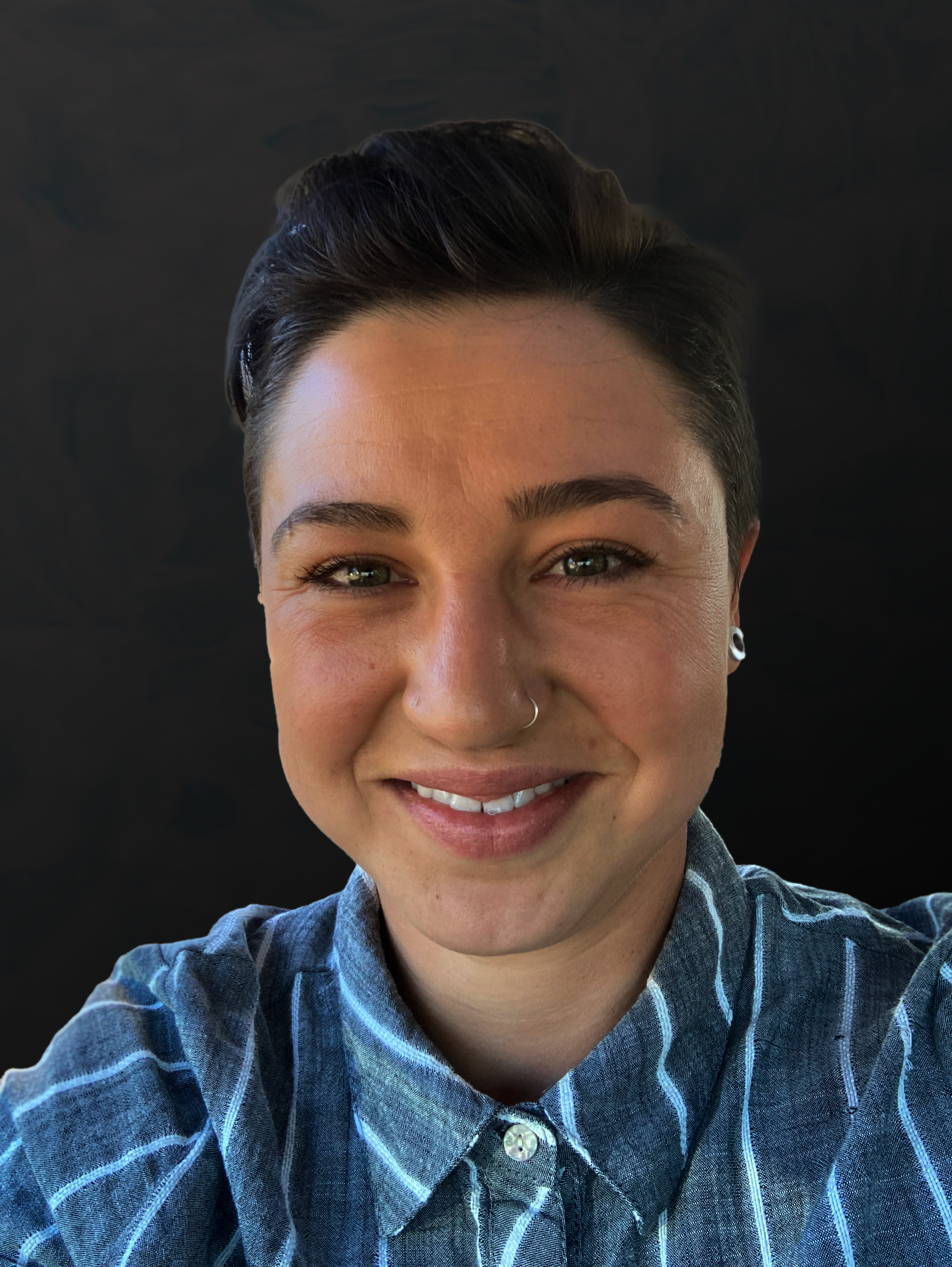 Milly Harmon (they/she) is a Co-Director of Move to Amend, working toward the vision of legalizing democracy through grassroots movement building and the passage of a 28th amendment to abolish ALL corporate constitutional rights. They began work for Move to Amend in 2013 with the Mendocino California affiliate, transitioning to the National Team in January of 2015.

Growing up in rural Arizona, they witnessed the immense influence of the private prison industry on the passage of immigration legislation that incentivized racism, detention, and terror of people and families.

After moving to Northern California, they got involved in local environmental justice work. In this new space, they continued to observe corporations and big industry making decisions to the detriment of the land and the human and plant communities who depend on it.

Milly believes that the passage of the #WethePeopleAmendment can be an important tool to dismantle corporate rule and the larger systems and institutions that were founded upon the marginalization and oppression of people, as well as the exploitation of earth and destruction of communities.

They are a mom to one kiddo, three chickens, two dogs, and a horse. They currently reside in central Arizona, on colonized Yavapai-Apache territory. 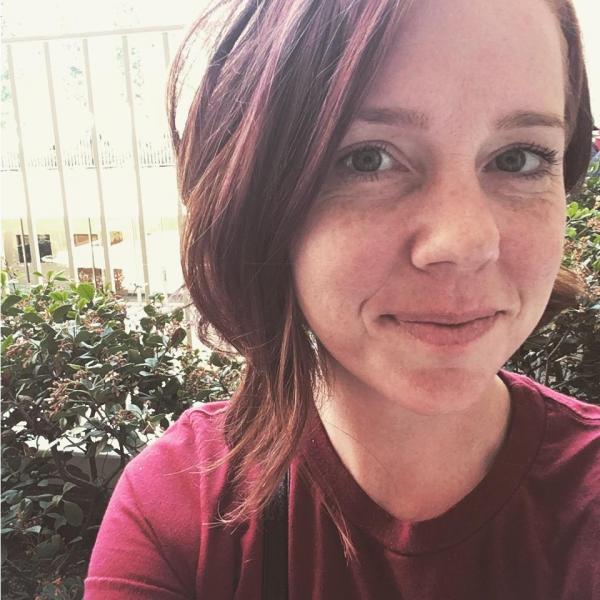 Shelly Williams (she/her) is a Co-Director of Move to Amend, and has been with the campaign since April of 2015. Growing up poor/working class, losing a parent to the Sackler family's greed and lies, and experiences in the carceral system formed the basis of her analysis around corporate rule, and understanding that the personal is political.

Later experiences as a social worker broadened her systemic analysis -- that is, she learned how truly broken the system was. That realization led to deeper study and analysis of class, race and gender and a desire to do work that did not only address the symptoms, but the root causes of the oppression and systemic collapse that we are witnessing before our eyes, every day.

She lives in unceded Miwok and Nisenan land (so-called Sacramento), and is the single parent of a very cool 7yo who loves to code and hopes to be a "hacker for good" one day. In her local work , she is involved in mutual aid and sweep defense/support for unhoused communities, and political organizing related to housing and homelessness issues. In her free time she enjoys video games, yoga and karaoke.