Dennis Kucinich on Pulling the Plug on FirstEnergy Corporation 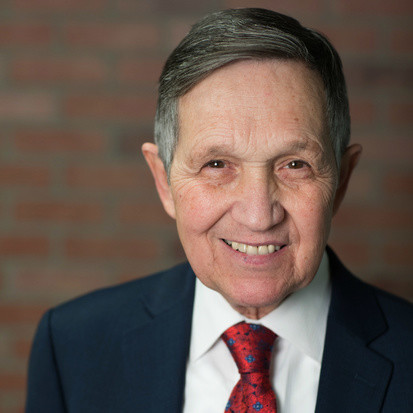 Presentation by and discussion with Dennis Kucinich
Former Mayor of Cleveland, Ohio State Senator, U.S. Congressperson and
Presidential Candidate
Author of The Division of Light and Power

As Mayor of Cleveland, Kucinich stood up to local, state and federal political and economic power structures to keep Cleveland's public utility ("Muny Light") public, as chronicled in his incredible new book, The Division of Light and Power.

Dennis will share how Cleveland Electric Illuminating Company corrupted the political process then and the lessons learned for us today as we educate and organize to assert people power over business corporations -- including to revoke the charter of FirstEnergy and dissolve the company for their direct involvement in the largest bribery scandal in Ohio history.

To be sent a link for the call, RSVP below

Join us for this informative, insightful and urgent program!

The time has not yet arrived when the created is greater than the creator, and it still remains the duty of the courts to perform their office in the enforcement of the laws, no matter how ingenious the pretexts for their violation may be, nor the power of the violators in the commercial world.
-- State ex rel. Monnett v. Capital City Dairy Co., 62 OS 350 (1900) decision by the Ohio Supreme Court to revoke the company’s charter

Sponsored by Ohio Move to Amend