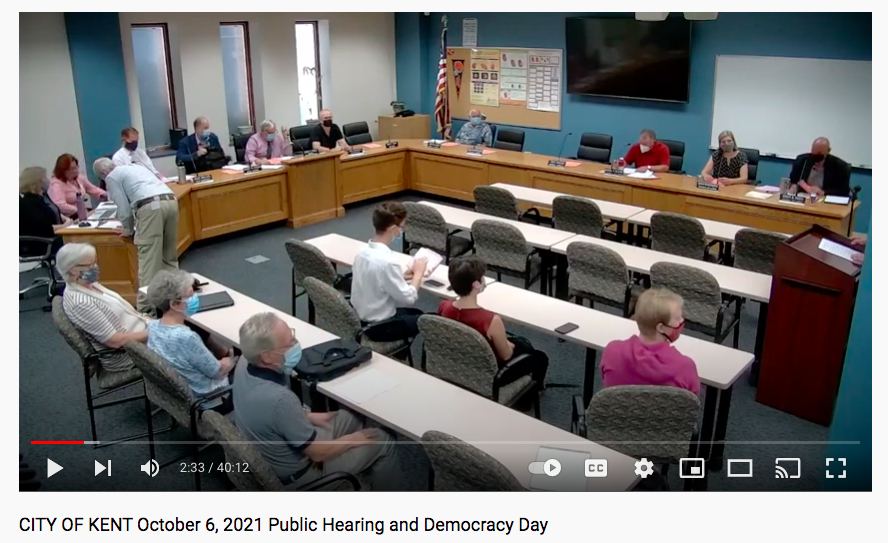 Mayor Fiala called to order the Special Meeting of Kent City Council for purposes of a Public Hearing for “Democracy Day” at 6:00 p.m. A quorum was present.

Mayor Fiala welcomed everyone and read portions of the Charter as outlined below:

“Beginning in 2016, City Council shall designate one day a “Democracy Day” during the first week of October each year in which a local, state, or national election is held in Kent. On this day, the Mayor and City Council shall sponsor a Public Hearing in a public space within the City. The public hearing shall be held during the evening or weekend time. The City will publicize the public hearing on its website and in area media at least one month in advance. The Public Hearing shall examine the impact on our City, our state and our nation of political influence resulting from campaign contributions by corporate entities. Corporate entities include business corporations, Political Action Committees, PACS, Super PACs, 501(c)(4) groups and unions. Members of the general public in attendance shall be afforded the opportunity to speak on these matters for up to five minutes per person. The City shall record the minutes of the hearing and make them available to the public no later than November 1 of each year in which it is held by posting them on the City’s website.

Within one (1) week following the annual Public Hearing, the Clerk of City Council shall send a letter to every elected state-level representative of the citizens of the City, to the leaders of the Ohio House and Senate, to our U.S. Congressional Representative(s), and to both U.S. Senators from Ohio. The letter shall include a brief summary of the Public Hearing and will state that the citizens of Kent in November 2015 voted in support of a Citizens’ Initiative calling for an amendment to the U.S. Constitution declaring the following principles:

The annual Public Hearings will no longer be required if and when a Constitutional Amendment reflecting the principles set forth in Section 02 is ratified by three-quarters (3/4) of the state legislatures.”

Mayor Fiala then referred to Clerk Wilkens to read each name, in turn, of the Visitors who signed-in. There were eight (8) visitors who wished to speak.

Mr. Lee Brooker of 814 Hudson Rd., Kent, read from a prepared statement and did not submit his comment to Clerk Wilkens.

Mayor Fiala thanked everyone for coming. Meeting adjourned at 6:18 p.m.

Mayor and President of Council

THE CITY OF KENT, OHIO SPECIAL COUNCIL MEETING for 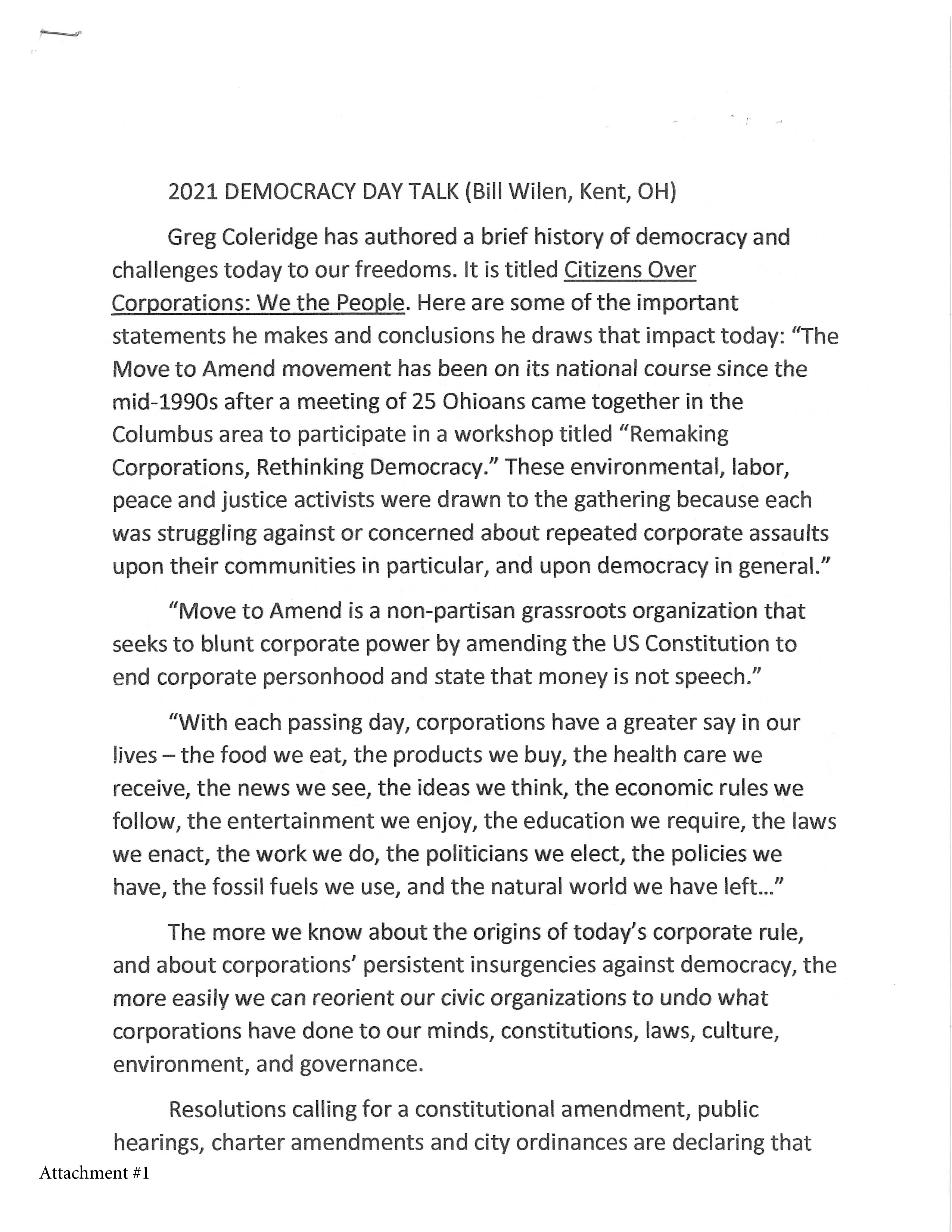 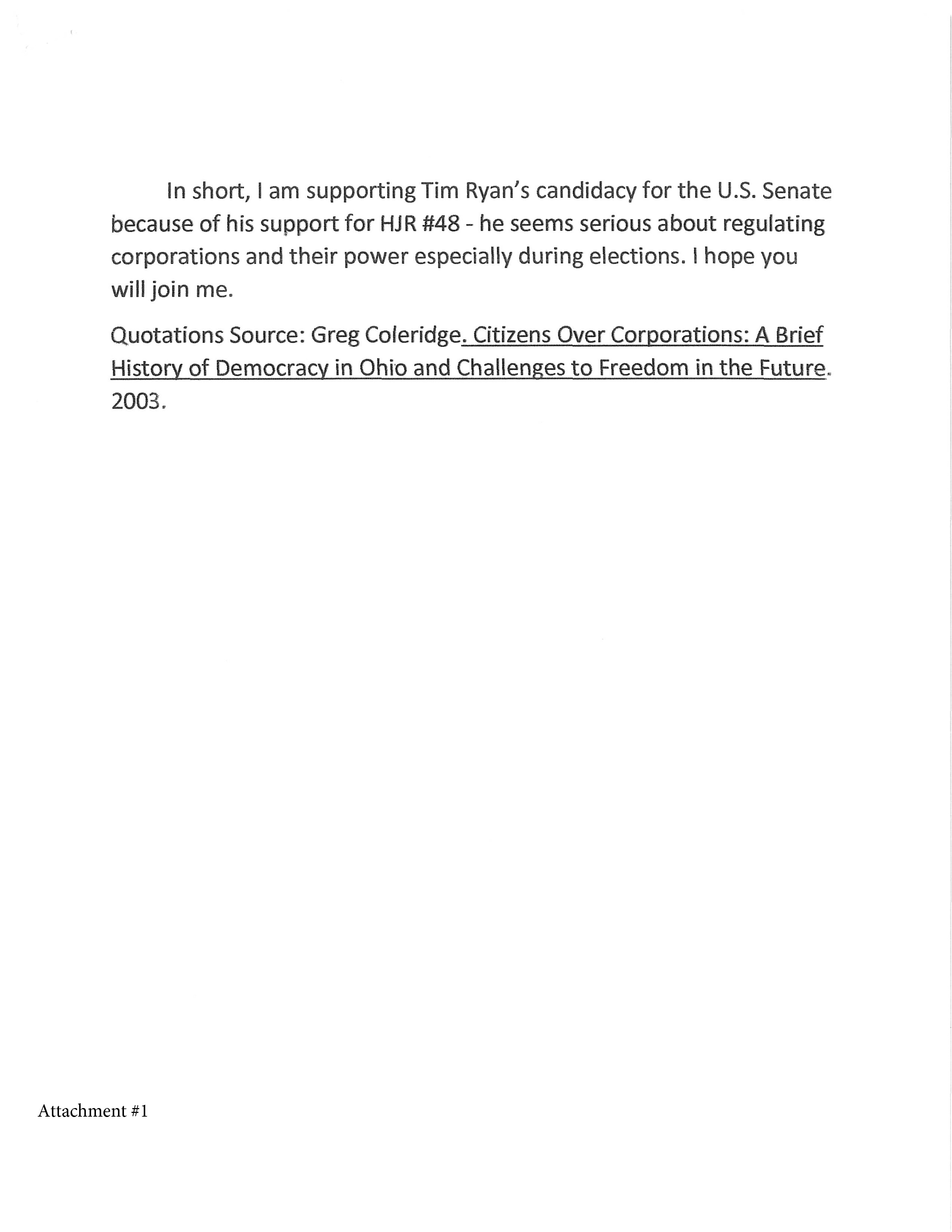 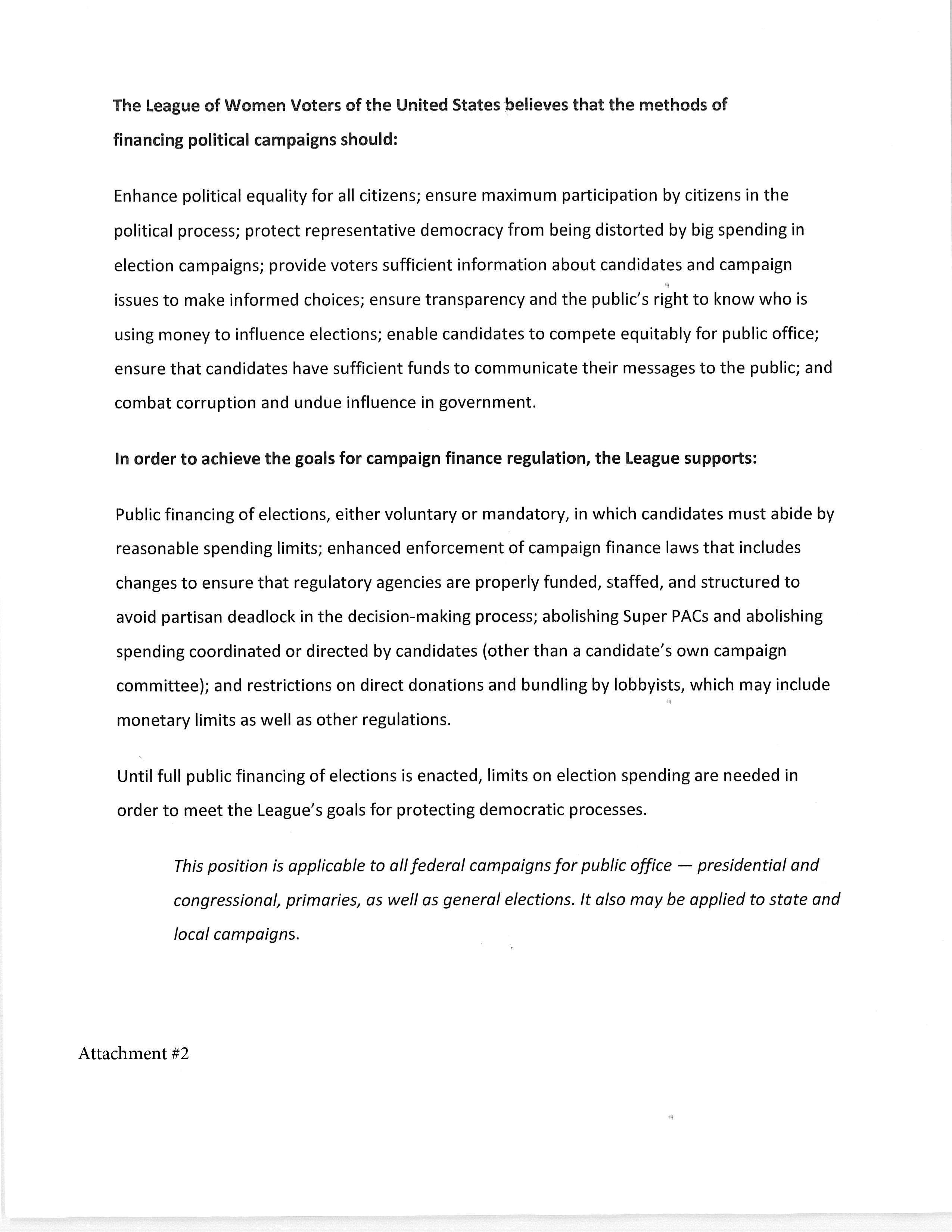 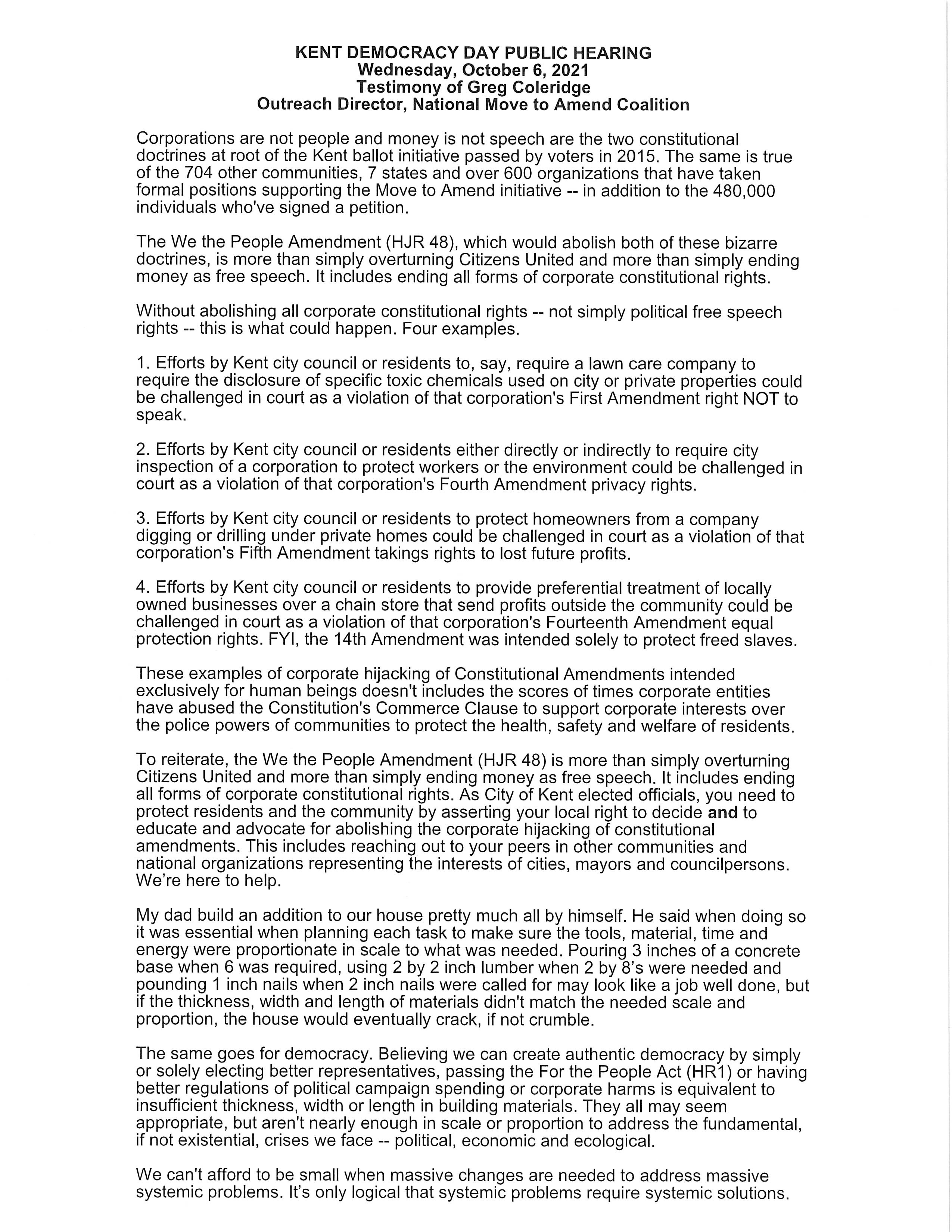 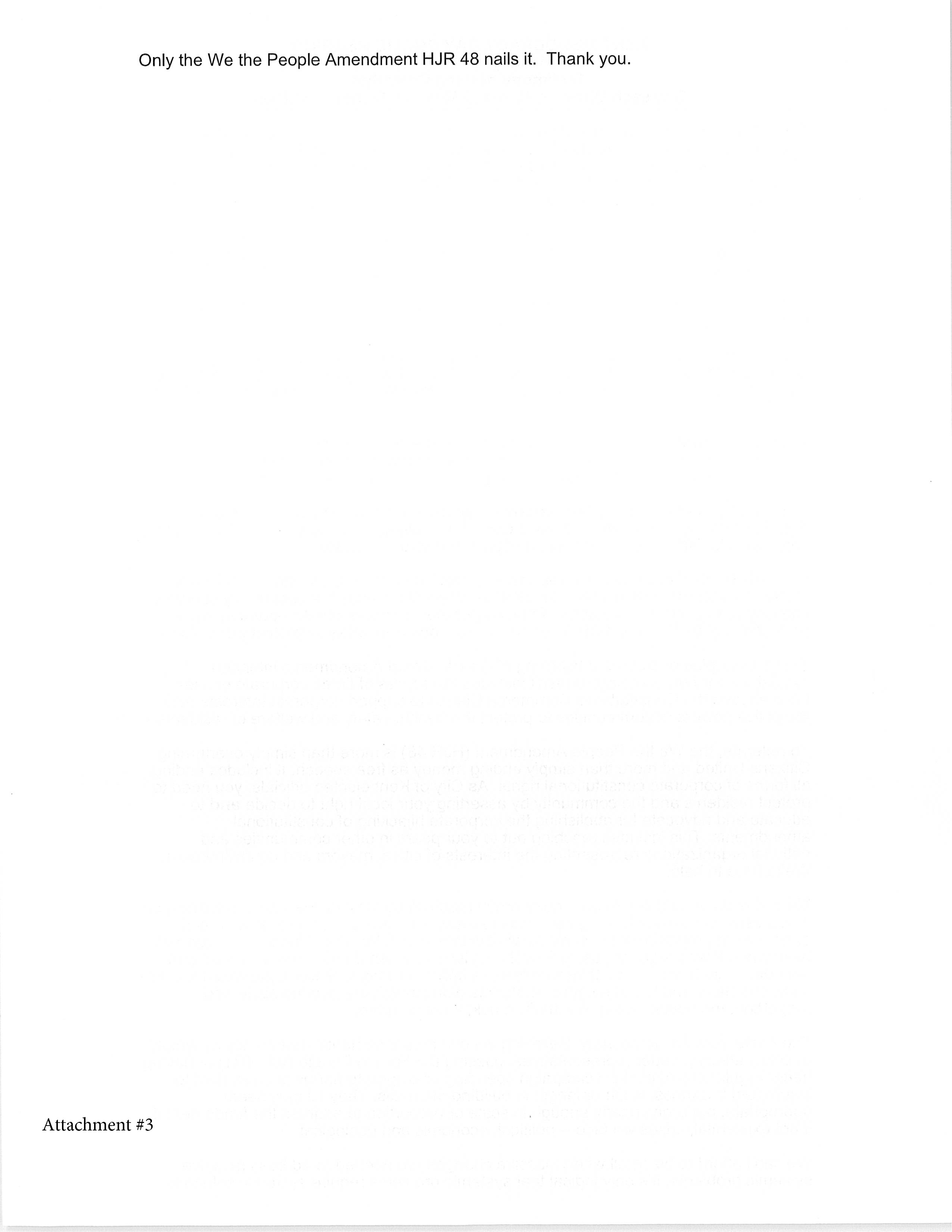 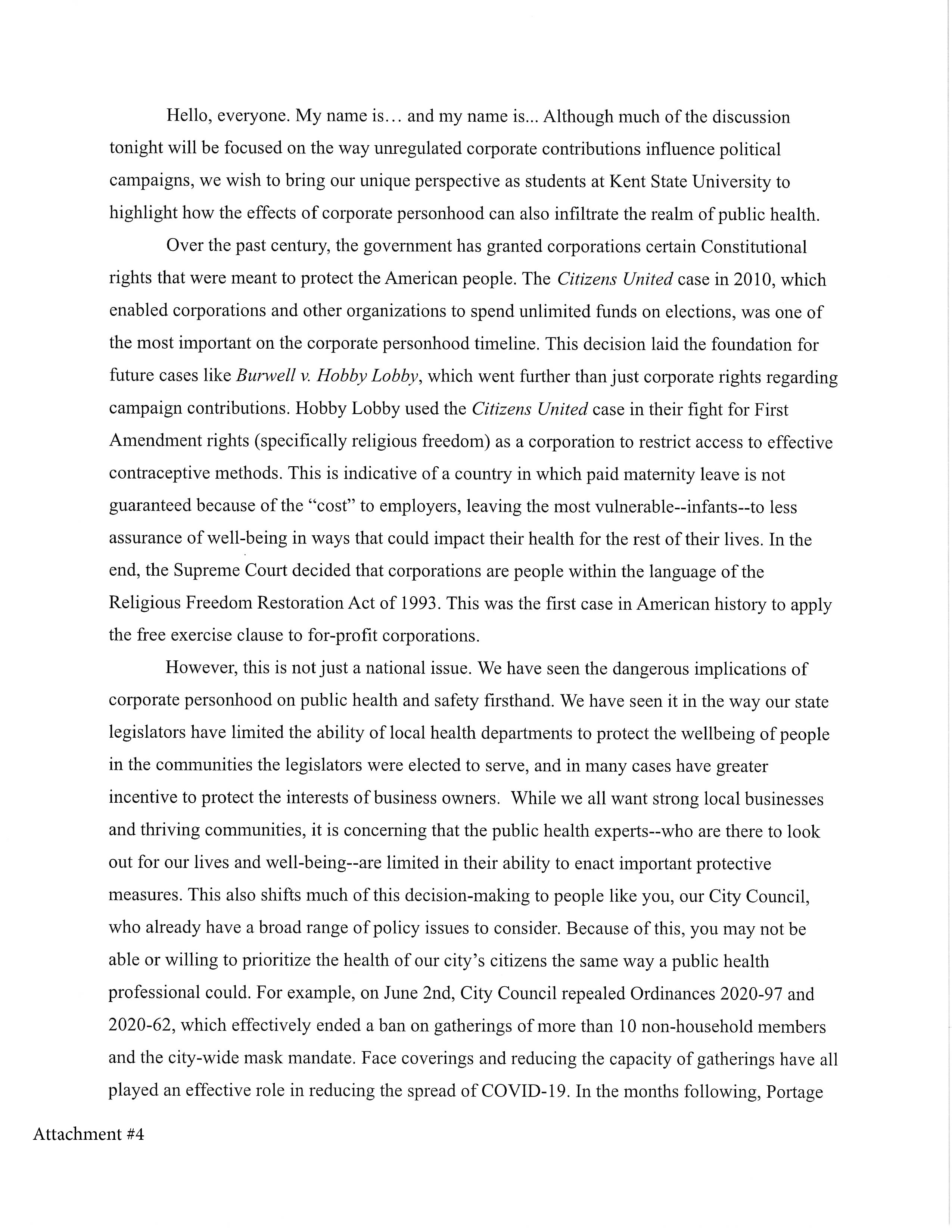 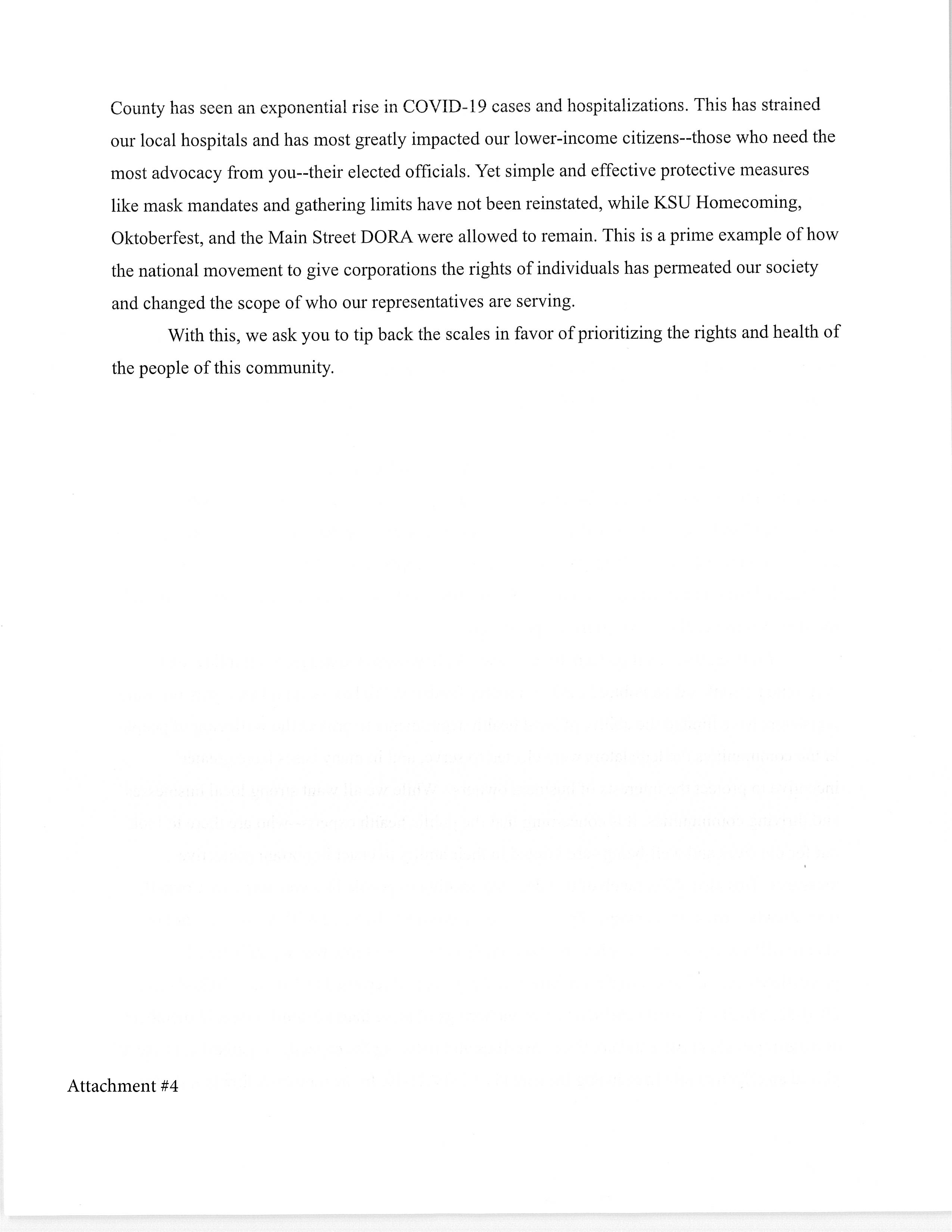 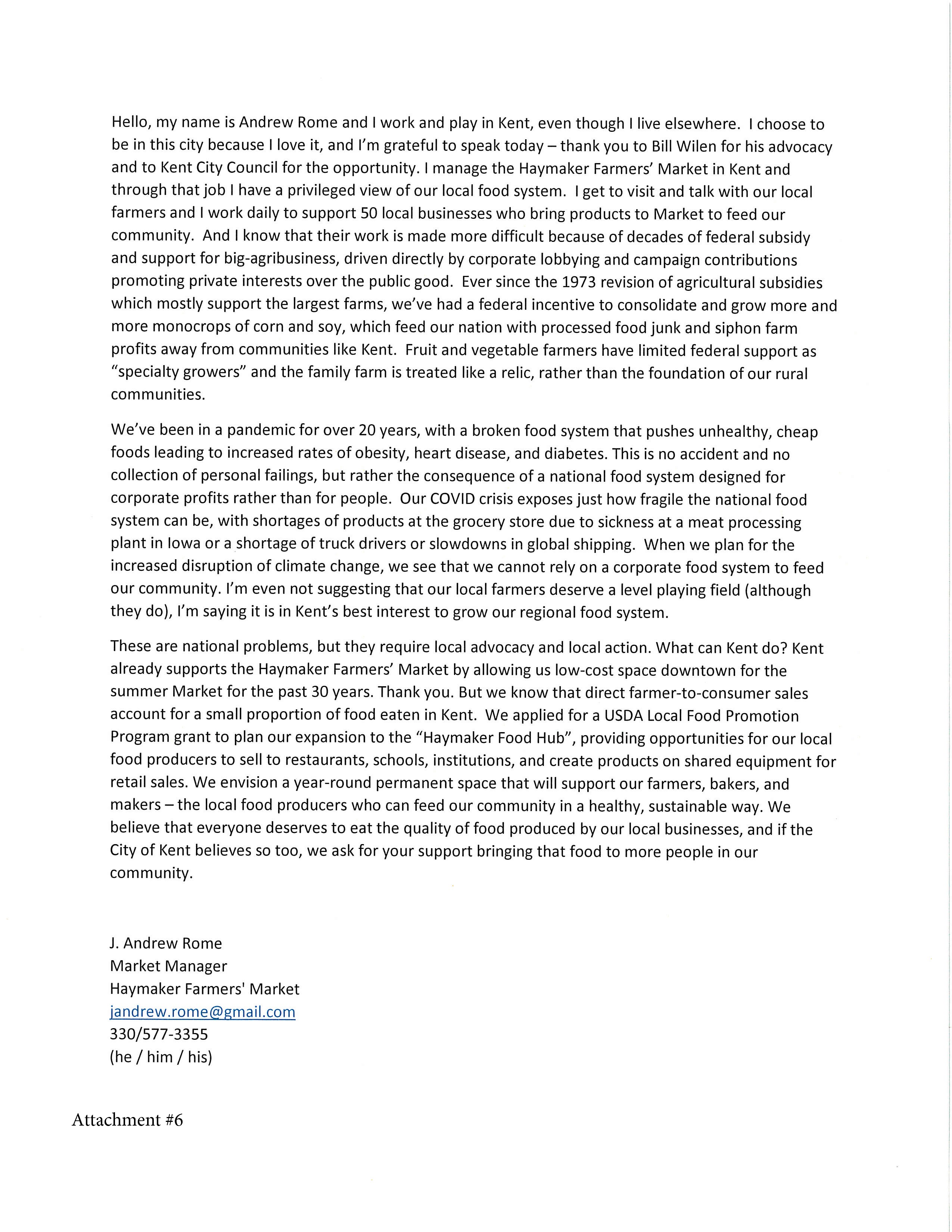