We're no longer working to introduce the 28th Amendment 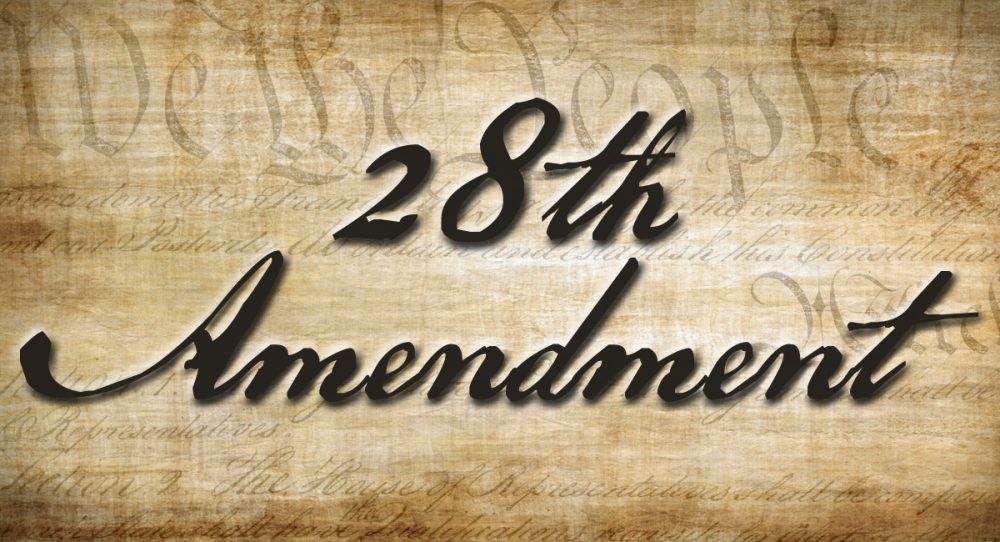 Did we get your attention?

The title suggests that we’ve ended our support for the We the People Amendment (HJR48).

Nothing could be further from the truth!

We continue to educate, advocate and organize wholeheartedly to pass the We the People Amendment to end political corruption due to money spent in elections that’s protected constitutionally as “free speech” and to end all forms of corporate rule due to corporations that’s protected constitutionally as “persons.” Both constitutional doctrines are bizarre and need to be abolished as essential steps toward We the People having the power to create policies that benefit us all, our communities and to ensure a livable world.

However, from this point forward, National Move to Amend will no longer refer to HJR48 as the “proposed 28th Amendment.”

It’s an act of solidarity with all those individuals, past and present, who’ve worked tirelessly to pass the Equal Rights Amendment (ERA), designed to guarantee equal legal rights (i.e. related to divorce, property, employment and other areas) for all citizens regardless of sex.

As you may know, the ERA was passed by both the U.S. House and Senate in the early 1970’s as the 28th Amendment to the Constitution. Three-quarters of the states had to ratify the measure for it to be enacted, as stipulated by Article V of the Constitution. That finally happened in 2020 when Virginia became the 38th state to take action.

The ERA hasn’t been adopted, however, because there was a time limit for ratification set by Congress that ran out long before Virginia’s action. Additionally, several states revoked their initial ratification of the Amendment. Article V makes no mention of time limits or states able to rescind ratification.

National Move to Amend supports not only the text and spirit of the actual ERA Amendment, but also honors the grassroots movement over many decades (i.e. as early as the 1920’s by the National Women’s Party) that’s worked for true constitutionally-protected equality between men and women.

We also believe the ERA should be adopted and is, thus, the legitimate 28th Amendment.

For this reason, we will no longer refer to the We the People Amendment, specifically, as the “proposed 28th Amendment,” simply an additional proposed amendment that should be adopted – whatever that number may be.

We hope you do the same in any written material, social media postings or spoken remarks.