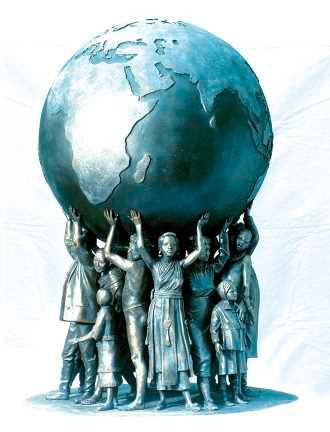 However, the US Federal Court quashed a similar case in 2020 that was brought on behalf of 21 young people against the federal government.

The ruling read: "although the children had a compelling case ...Reluctantly, we conclude that such relief is beyond our constitutional power. Rather, the plaintiffs’ impressive case for redress must be presented to the political branches of government.”

Circuit Court Judge Andrew Hurwitz went further to say, “In the mid-1960s, a popular song warned that we were ‘on the eve of destruction.’”

The only remedy they describe IS what the #WeThePeopleAmendment can provide. It is a critical step toward loosening the noose of corporate rule.

And the fact is, this week’s update on drought conditions in the Western U.S. are comparable to this time last year, which ended up being the worst fire season on record. It’s beyond alarming.

And yet we continue to subsidize the oil and gas industry. At this point, every dollar of income that goes to these corporations heats up the planet with *zero* benefits for its inhabitants’ well-being.

So let it be a catalyst month toward a sustainable future with real democracy by building this movement! Share the Move to Amend petition far and wide (social media, email and text networks!)