If you haven't seen the film yet, you won't want to miss the unfortunately necessary sequel to the groundbreaking documentary, The Corporation.

Funds raised from the film screening will go towards the creation of our Spring Match Fundraiser. What a great opportunity --  to see a documentary that'll really agitate you, and then to have something TO DO about it!

If you've already seen it, consider getting a group of your neighbors and friends together to watch it with you this time! Then you can tell them about the 28th Amendment and why you care so much about ending corporate rule.

You'll be able to view the film online through the end of May!

“The New Corporation ​reveals how the corporate takeover of society is being justified by the sly rebranding of corporations as socially conscious entities. From gatherings of corporate elites in Davos, to climate change and spiralling inequality; the rise of ultra-right leaders to Covid-19 and racial injustice, the film looks at corporations’ devastating power. Countering this is a groundswell of resistance worldwide as people take to the streets in pursuit of justice and the planet’s future.” 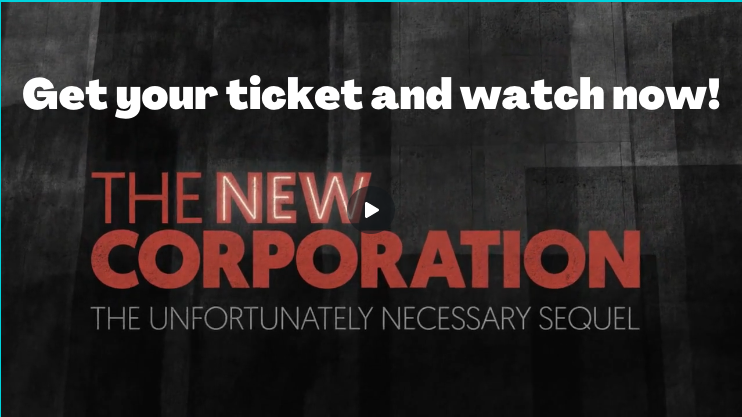