The September 11 Lesson on Creating Change

Much will be said, remembered and commemorated on this day, the 21st anniversary of the tragedies on September 11, 2001.

While there are many lessons from what happened prior to, during and following that day, there’s one take-a-way that should never be forgotten: the political and economic power elite never lets a tragedy, catastrophe or crisis go to waste to further attempt to increase their political and/or economic dominance. 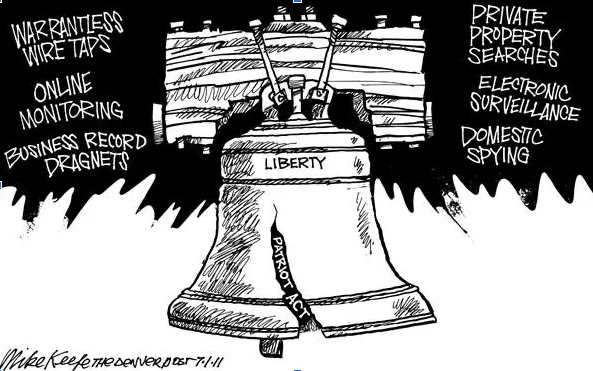 In the case of September 11, a major success in this vein was the Patriot Act, passed soon afterwards to supposedly enhance “national security” to catch “terrorists,” specifically Middle Eastern Muslims inside the United States. While some of its provisions were intended to address problems that predated 9/11, most of the others allowed the government to more easily and effectively violate the privacy rights of innocent citizens and residents. These included tracking the activities of people on the Internet, compiling credit and bank records and expanding the monitoring of phone and email communications. September 11 was just a pretext by the government to enact unprecedented violations of civil rights and surveillance expansion that were labeled as “un-American” prior to 9/11.

It’s not just the government. Corporations have taken full advantage of emergencies, urgencies and crises to expand their power, wealth and rights – which by definition diminishes the democratic power of people and safeguards communities and the natural world.

√ The 2007-2009 financial crisis, caused by the reckless and criminal activities of the largest financial institutions, was the rationale for providing $16 trillion in bailout funds to major U.S. and foreign banking corporations that were asserted by banking lobbyists as “too big to fail.”

√ The pandemic was the pretext for many corporations to make obscene profits, which continues in many instances. Pfizer Corporation, for example, has engaged in “aggressive corporate practices and ruthless profiteering that has led to an obscene inequality in access to COVID-19 vaccines”

√ The war in Ukraine has been incredibly profitable for weapons contractors as the military budget soars to $813 billion for next fiscal year. “The proposed increase of $31 billion is shielded by support for Ukraine, “but make no mistake, most of this bloated budget was in the pipeline years back, prior Russia’s invasion of Ukraine.” Public calls to reduce the military budget in this environment are deemed far less “credible.”

√ Recent flooding in Jackson, MS that caused the widespread lack of safe water prompted calls to explore privatization/corporatization of the city’s water system by the state’s Governor, which would fundamentally reduce the political power of citizens to decide the future direction of the system.

There are many other examples of what author Naomi Klein calls The Shock Doctrine. Emergencies, crises, and urgencies become the justifications to “fast track” proposals with little or no public transparency, hearings, or input.

Corporations use the cover of crises to privatize/corporatize public assets, to demand millions or billions of public tax dollars, to call for greater secrecy, to amass greater political power and/or to support laws making it more difficult to vote, protest, and organize for real democracy. 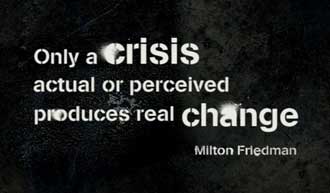 But “never letting a tragedy, catastrophe or crisis go to waste” has a flip side.

However you observe September 11, if at all, always remember this lesson.

It’s up to us to apply it in ways that promote justice, peace, a livable world and authentic democracy.