Madison, WI (April 14, 2020) – In the April election, Wisconsin residents in seventeen communities voted to amend the U.S. Constitution to clarify that only human beings should have inalienable human rights and money is not the same thing as free speech.

That brings the total to 163 Wisconsin communities that have called for an amendment. In total, almost 3.2 million people (56% of Wisconsinites) live in these jurisdictions.  Across the country, 20 state legislatures have voted for an amendment, as well as over 820 towns, villages, cities and counties. 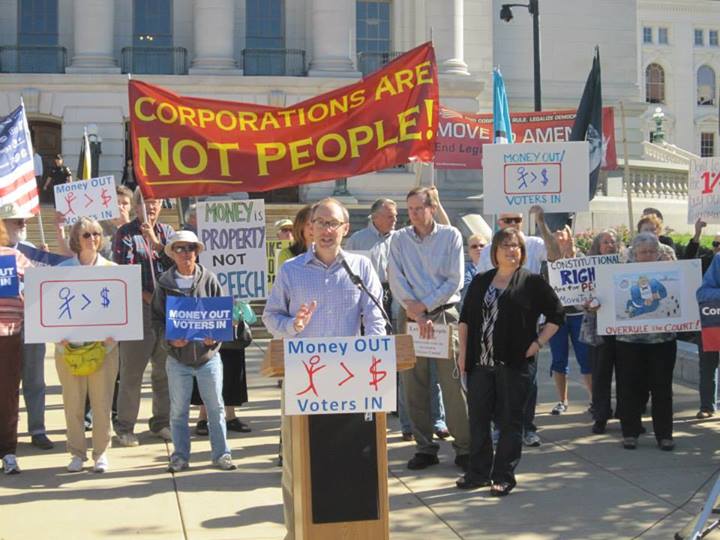 “The Citizen’s United decision has been a disaster since day one.  We used to worry about old fashioned PACs!”, exclaimed Minocqua resident, Kay Hoff.  “Even their voices are not heard since the explosion of Super PACs.  The voice of the people will be gone until our Constitution is amended to correct this travesty.”

David Barnhill, a leader in Oneida County, said: “These referenda consistently pass with amazingly high margins. This clearly demonstrates the will of the people.  It is time for our state representatives to put this resolution to a statewide vote, and to move towards sending a resolution from Wisconsin to the U.S. Congress.”

Resolutions calling for a statewide vote on Citizens United have been introduced into the state legislature (AJR 11 / SJR 9).  The referendum would ask voters if they support allowing individuals and corporations to spend unlimited amounts of money on political campaigns. 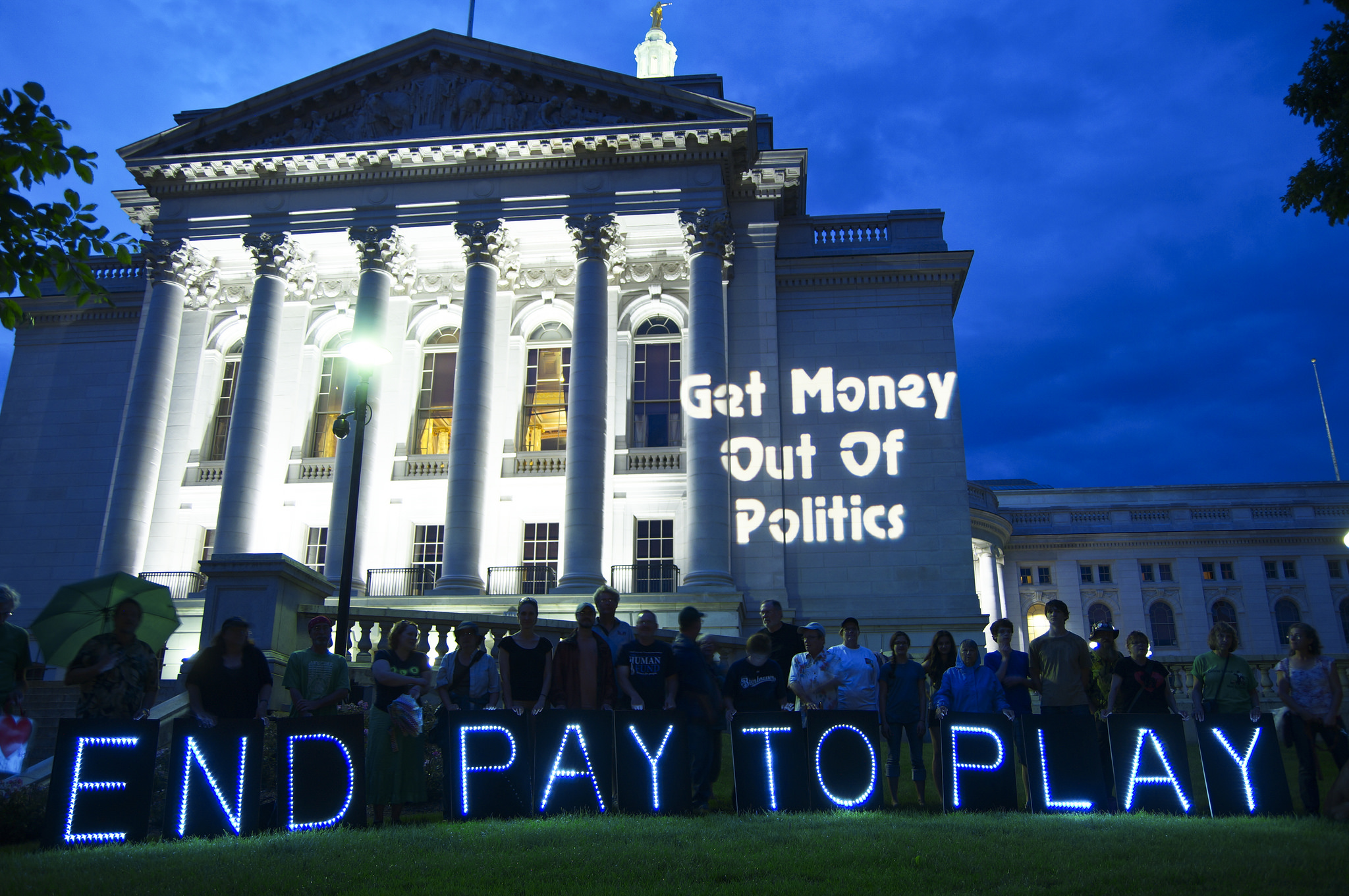 Multiple polls show over 90% of Americans, regardless of party, think special interest money has too much influence in American political campaigns.[1]  And numerous polls indicate that government corruption is either the most important or a very important issue facing the country. [2]

Jackie Cody, a resident in Rhinelander, explained that: “We need limits on how much money can be contributed and spent on political races.  Only people have a constitutional right to free speech.  Money is not ‘political speech’ under the First Amendment.”

Four in five Americans oppose the Supreme Court’s Citizens United v. FEC decision, according to a Bloomberg poll. A New York Times/CBS poll found that 85 percent of Americans—including majorities of Democrats, Republicans, and Independents—believe we need fundamental changes to our campaign finance system or to completely rebuild it.

Matt Rothschild, executive director of Wisconsin Democracy Campaign, summed it up succinctly: “People across the ideological spectrum get it: All of our voices are being drowned out by those with big money.”

United To Amend is a bipartisan, all volunteer, citizens group.

Background material can be obtained here: pdf1, pdf2 and pdf3.

Link to this press release.