Move to Amend's Ecology Network has been invited to participate in the Scientists, Activists, and Families for Cancer-Free Environments (S.A.F.E.) EPA Protest to make the connection - corporate constitutional rights harm you, your family, your community, our environment, and democracy.

Move to Amend Co-Directors Jennie Spanos and Greg Coleridge will participate! Join us as we petition and march on September 20th!

Hope to see you there! Please send us an email to [email protected], if you are going to be in DC on the 20th so we can connect! 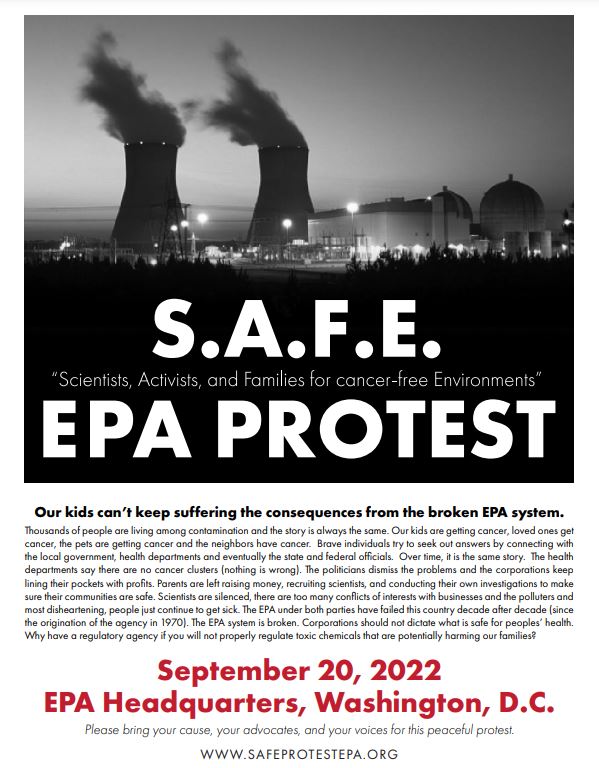 It's not common that people on the ground focus their attention on the capturing of regulatory agencies to the extent that they do (i.e. organizing and attending a national action), as most people believe they are allies. They get it. They are natural allies.

The actions include an educational and social program on the evening of September 19th featuring endorsers and representatives of grassroots groups from across the country who will march to and speak at a major protest the next day at the Environmental Protections Agency (EPA) headquarters.

The actions will “demand accountability” from the EPA for “environmental contamination that has sickened our children, families, wildlife and the environment.”

The stories of many of those who will be speaking are on their The Advocates page. They all share the same theme: “Millions across the country are drinking contaminated water, breathing contaminated air, or eating poisonous food and it’s killing us while the EPA does very little to protect us from the corporations who are poisoning us.”

We will also invite those present to not just continue to oppose their individual environmental harms by corporations that EPA is not preventing, but join us to propose and enact the We the People Amendment (HJR 48). This would abolish the constitutional rights of corporations that they use as shields to prevent their accountability. Event organizers feel our message and work are critical for participants to hear. 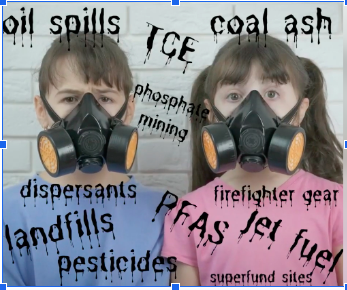 We will petition at the rally on Tuesday, September 20 at 9 am at Freedom Plaza, 1301 Pennsylvania Avenue NW, (Archives Metro station on the Green and Yellow Lines), then join the march to EPA headquarters in solidarity with all those who believe that EPA has been more effective at regulating individual input than harmful corporate behavior.

If anywhere near D.C., join us as we table, petition, and march on September 20!