People vs. Fossil Fuels: Which side are you on! Take Action

Move to Amend has joined scores of organizations calling on the Biden Administration to demand a fossil-free future. 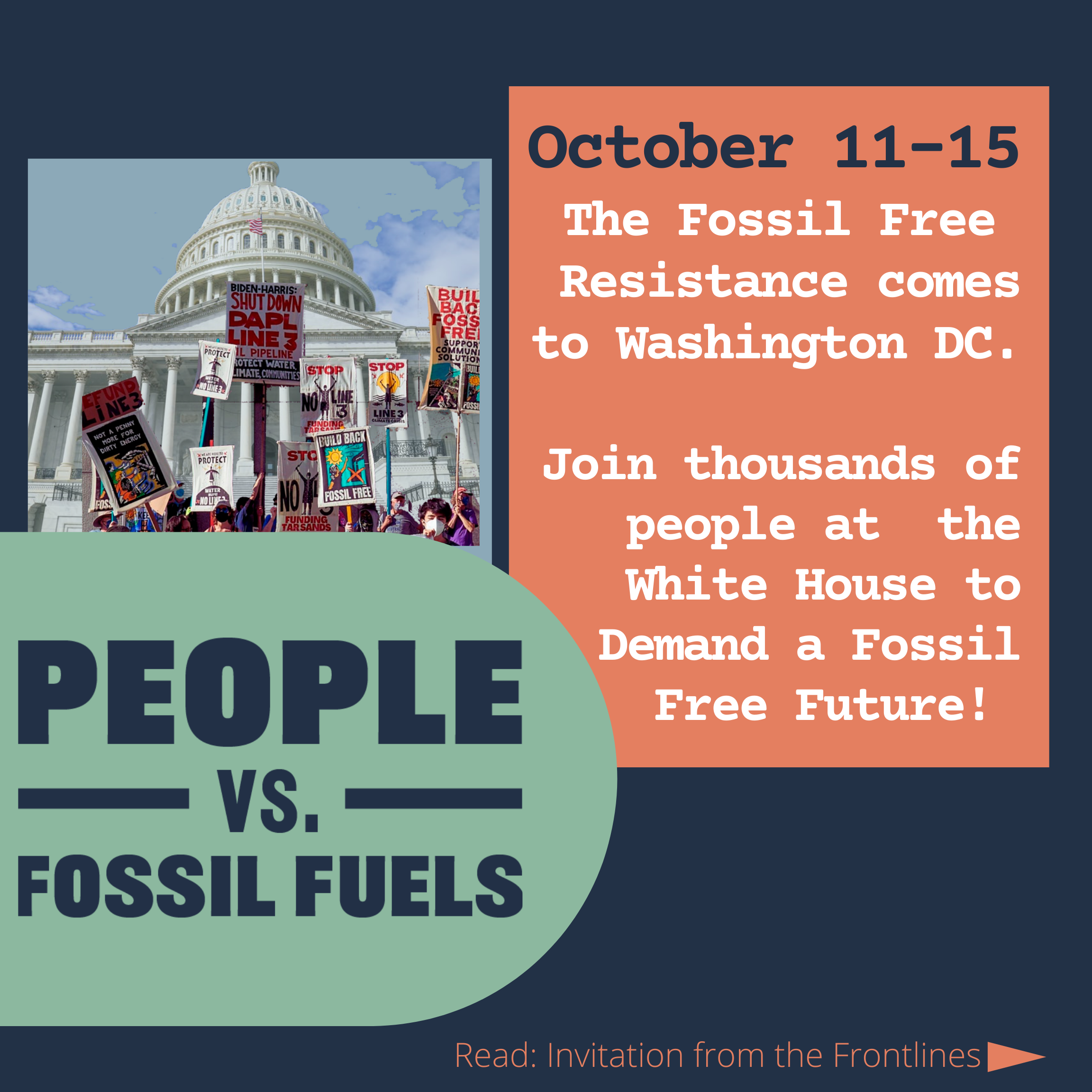 Join people from October 11 to 15 for the largest civil disobedience action in decades in Washington, DC demanding that President Biden:

The upcoming global climate summit in Scotland in November is the last, best chance for the U.S. government to reverse course and create a sustainable energy future.

The week of action, sponsored by #BuildBackFossilFree, is led by Indigenous, Brown, Black, and low-income communities living on the frontlines of the growing climate emergency. However, the growing reality is that we are now all impacted. Ecological destruction by fossil fuel corporations from mining, drilling, dumping and burning fossil fuels is due in large part to pro-corporate laws and regulations that would not exist without corporate constitutional rights.

This effort, therefore, is directly related to our effort to pass the #WethePeopleAmendment (House Joint Resolution 48).

What you can do:

Nonviolent civil disobedience is uniquely effective at focusing attention on a problem, inspiring others to take action, and forcing decision-makers to respond to our demands. When sustained over multiple days, the impact is even greater.

This is a climate emergency. Actions need to be proportionate in scale to the scale of the problems we're facing.

Move to Amend's We the People Amendment -- HJR 48 -- is a systemic response. People vs Fossil Fuels is an immediate response.