What the Dred Scott Case Teaches Us

On this day 166 years ago, the Supreme Court handed down one of their most infamous decisions -- Dred Scott v. Sandford -- in which they ruled that the Constitution was not meant to include citizenship for people of African descent (whether enslaved or free). 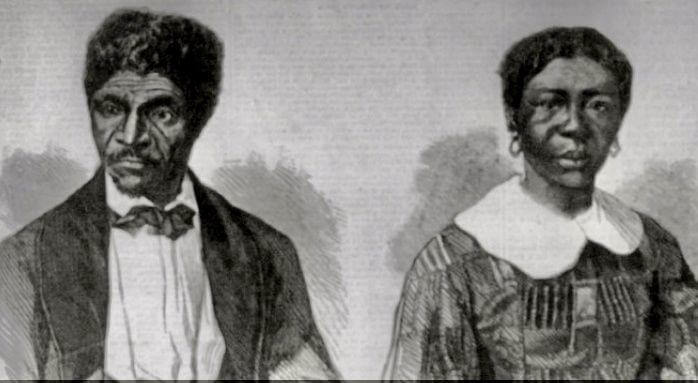 Dred Scott and his wife, Harriet had separately petitioned for their freedom after their "owner" had moved them to the free state of Illinois*, and then back to Missouri. After consolidating their cases and winning in a lower court, the "owner" appealed. A state court ruled in the "owner's" favor, and it was then brought to the Supreme Court.

In a 7-2 ruling, SCOTUS not only set a precedent that people of African descent were not entitled to Constitutional rights -- but also that Congress’s Missouri Compromise of 1820, which had banned the expansion of slavery into many northwest territories, was illegal because it was an unconstitutional denial of white people’s Fifth Amendment right to keep their property (i.e., Black human beings) and declared Black people "had no rights which the white man was bound to respect.” 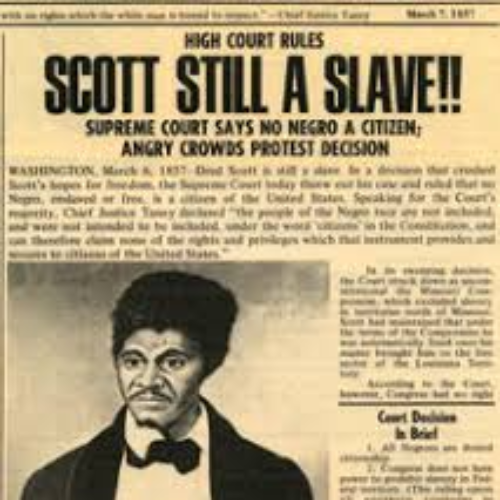 The ruling obviously incensed the abolitionist movement and was a huge factor in the lead-up to the Civil War.

However, despite the 13th Amendment passing in 1865 and the 14th Amendment in 1868 -- the Dred Scott decision was never formally overturned.

This means it can still be cited as legal precedent today. And it has been, even as recently as 2016 -- when the Kansas Attorney General invoked it (favorably!) to support the state's attempt at denying women the right to privacy and reproductive healthcare (Herbert Hodes, M.D. & Traci Lynn Nauser, M.D. v. Kansas Attorney General Derek Schmidt).

The legal brief stated, “While the Declaration of Independence states that all men are endowed certain unalienable rights including ‘Life, Liberty and the pursuit of Happiness,’ it does NOT grant rights that may be pursued through the judicial system. See also Dred Scott v. Sandford, 60 U.S. 393, 407 (1857)....”

The state lost the case, thankfully. But the implications of this horrendous ruling are still haunting us today.

What does this mean?

It means we need to accept the reality that the U.S. Constitution is first and foremost a property rights document and that the Supreme Court has always functioned to uphold the primacy of property ownership above all else -- including the extension of the rights that were meant for We The People to corporations (who are artificial entities, not people).

While the 14th amendment "effectively" overturned the Dred Scott ruling, it didn't take long before it was used to grant "equal protection" to corporations under the Constitution -- the birth of corporate personhood -- in 1886. And since then, corporations have benefited from the U.S. Constitution far more than any human being.

One of the ways we can do that is with the passage of House Joint Resolution 48, the #WeThePeopleAmendment, which states that constitutional rights belong ONLY to human beings, NOT corporations -- and that money is NOT a protected form of free speech. It could overturn every related case, going all the way back to 1886.

However, to overrule the courts, we must learn from the past and build a powerful people's movement that demands more than reforms. A deep, diverse, vibrant, and organized movement that is not only capable of passing the #WeThePeopleAmendment, but that is also strong enough to go even deeper, and co-create new systems that serve us and we deserve.

Because, the ultimate goal for a nation and Constitution that was founded on genocide, slavery, and subjugation of women MUST be to ABOLISH those systems at their very root -- and replace them with systems that are fundamentally predicated on human rights, and rights of nature, over property rights.