It’s hard not to be angry as the January 6th Congressional hearings on the Capitol insurrection come to an end, at least for the moment. The anger we speak of is in addition to one’s feelings about the actions of Donald Trump and his loyalists. 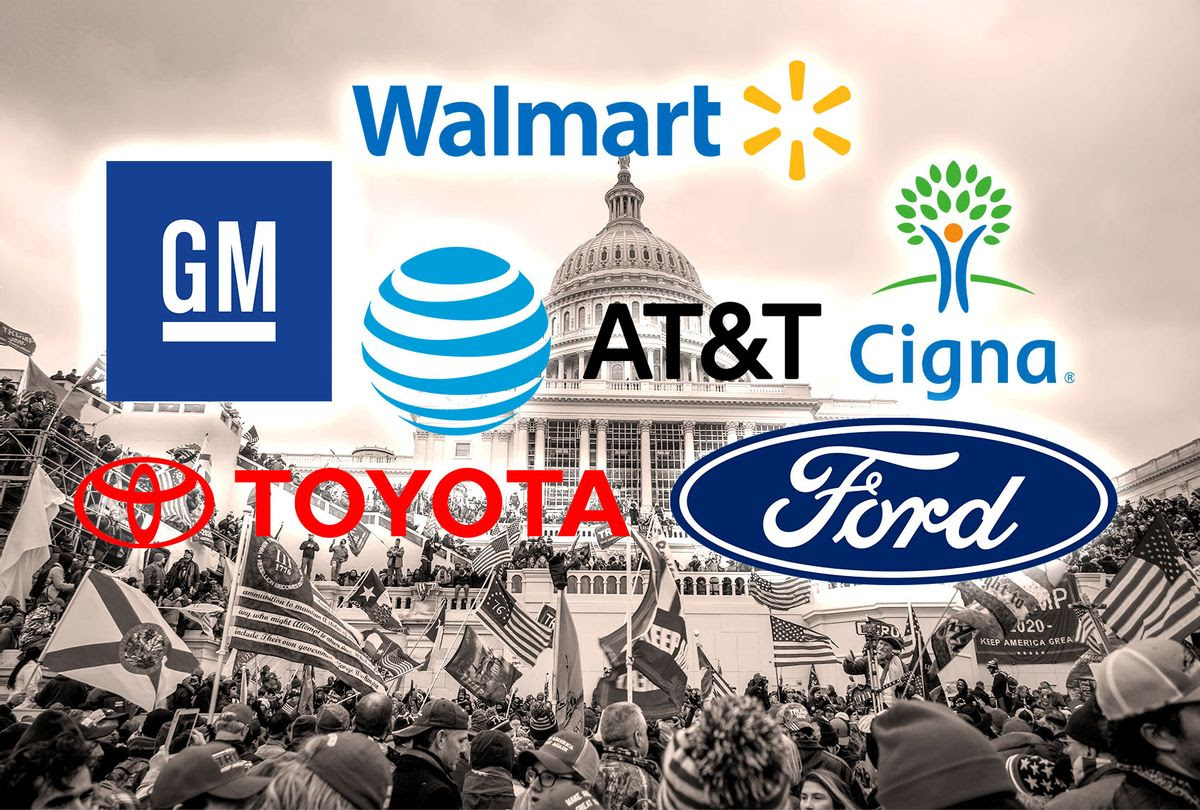 Every person in this country, regardless of political ideology, should be livid that no comparable human and financial resources or media coverage has ever been invested in exposing and demanding accountability resulting from a different insurrection – an insurgency that, in different ways, is just as dangerous as the effort to overturn the November 2020 elections.

That insurrection is the perpetual quest to capture and misuse governing power by business corporations – which has fundamentally repressed our ability as human beings to make basic decisions impacting our lives, communities and beyond – either directly or through elected representatives.

The stun guns, bear spray, baseball bats, spear-tipped club-wielded flagpoles and other weapons used by the violent insurrectionists contributed to the injuries of 140 people, some very serious. It’s a human tragedy not to be minimized.

Yet, it collectively pales in comparison to the human, community and planetary assaults by artificial entities, particularly business corporations, armed with legal clubs and shields thanks to Supreme Court Justices who agreed with corporate attorneys that various Constitutional Amendments, intended exclusively to apply for human persons, should also apply to corporate entities.

It’s not just the Capitol or Congress that corporate agents have successfully used their new constitutional rights weapons to influence. It’s also the White House, state houses, city halls and village councils. The corporate insurrection of democracy is not limited to one day, but is year-round and more than a century-long. Corporate entities not only influence public policy through lobbying and investing in lawmakers directly through campaign contributions and indirectly through dark money groups that unleash attack ads, they also CREATE laws by providing pre-written model bills introduced and passed by Congress. They win court cases trumping democratically passed state and local laws protecting workers, the environment and democracy itself, claiming their constitutional rights have been violated. Similar laws to protect people and communities aren’t even considered knowing that they’ll be preempted in court.

√ Part of the answer is that the richest 1 percenters and many corporate CEOs, have flooded political elections with cash. They’ve taken full advantage of “political money spent in elections equals free speech” defined and expanded in the Buckley v. Valeo and Citizen United Supreme Court decisions.

√ Another part is corporate entities with their constitutional rights have successfully pressured the DOJ to focus on street crime, hate crime and political extremist crimes rather than corporate crimes. The worst penalties corporate criminals face are fines, temporary suspension of contracts, and/or having to fire a few employees or board members. Habitual corporate criminals, like JPMorganChase, never worry about the corporate equivalent of “three strikes and your out” or a “death penalty” – i.e. the revocation of corporate charters, a frequent occurrence in several states early in our nation's history.

√ Corporations have also been able to lock in pro-corporate federal and state judges who consistently rule in favor of corporate interests. When was the last time there was a Supreme Court Justice with a legal background representing workers, consumers, communities or the environment?

Consider that most of the “mainstream” electronic and print media is owned by mega corporations or billionaires, including the “liberal” press. Social media is corporatized as well, increasingly being the unilateral judges and juries of First Amendment “free speech.” There’s unsurprisingly zero interest from these entities to cover corporate insurrection.

The increasing corporate capture of governing has become normalized. Except for the occasional blatant expose of corporate interests backing the nomination of a Supreme Court Justice, an elected representative caught receiving illegal campaign contributions or a corporation only paying a fine for the deaths of scores of people – corporate power is under scrutinized and snowballing.

The corporate insurrection of governance is now so insidious that “occupation” is a more accurate description. And because corporate governing and insurrections/occupations are now political business, as usual, it will continue forever until a democracy movement ends it. Proven by accomplishments of the past, people-powered grassroots democracy movements are the only way to make meaningful headway on justice in all its forms, peace and a livable world – not to mention move toward a legitimately inclusive democracy for the very first time.

The equivalent of securing Capitol entrances and clearing out those individuals who stormed inside to end the corporate insurrection is much more difficult than simply physically removing the insurrectionists from the building. Kicking out from the halls of Congress, statehouses, and other public spaces would be the corporate lobbyists who write template pro-corporate legislation, “bag” people who offer campaign contributions to legislators for voting certain ways, or former corporate leaders who are now “regulators” of industries they used to work for only goes so far. 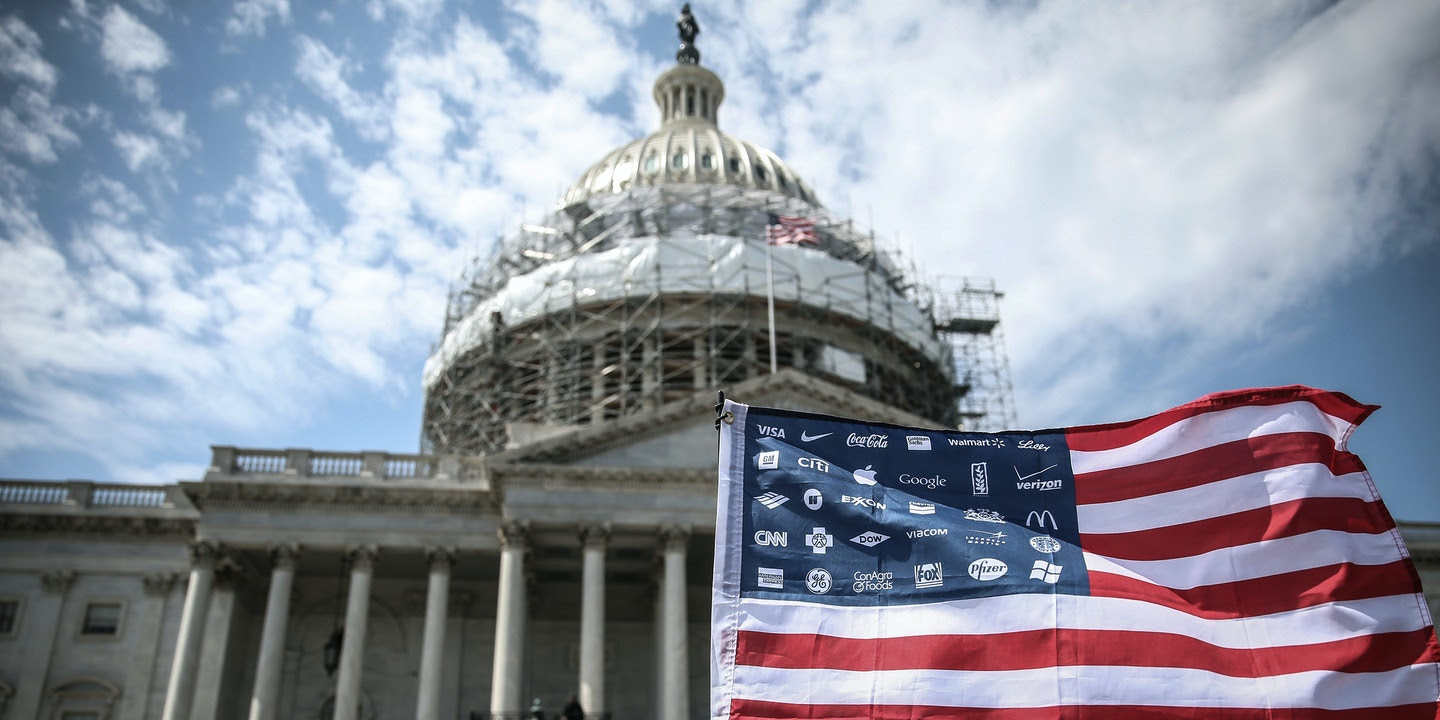 Protesters participate in a sit-in at the U.S. Capitol to protest big money in politics, in Washington, D.C. on April 11, 2016. Photo: Mark Wilson/Getty Images

We have to purge the legal and constitutional foundations that forever prevent future entry into public governance forums.

For starters, it means abolishing all corporate constitutional rights and money defined as free speech as defined in the We the People Amendment (HJR48), proposed by Move to Amend.

If we do not abolish ALL corporate constitutional rights we leave the doors open to business corporations continuing to govern via corporate First Amendment not to speak and commercial speech “rights,” Fourth Amendment search and seizure “rights,” Fifth Amendment takings “rights,” and Fourteenth Amendment due process and equal protection “rights.” Each of these has in different ways ravaged people’s authentic right to decide.

More constitutional changes are needed, such as a new political bill of rights, that would further expand the power of people and keep the corporate entity mob at bay. It must begin, however, with an urgent need to more widely expose the dangers of corporate rule and have the courage to envision ways for genuine self-rule free from corporate pillage of our public political spaces. 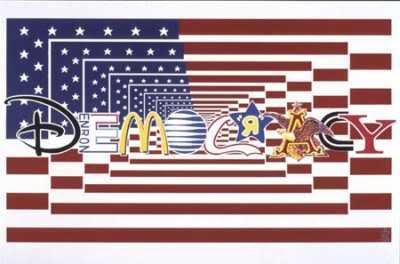