There will be plenty for citizens to address at Cleveland Heights’ eighth annual Democracy Day on Thursday, Jan. 28, at 7 p.m. ET. For the first time, the public hearing will be virtual, livestreamed on YouTube, at http://www.youtube.com/c/cityofclevelandheights/live. 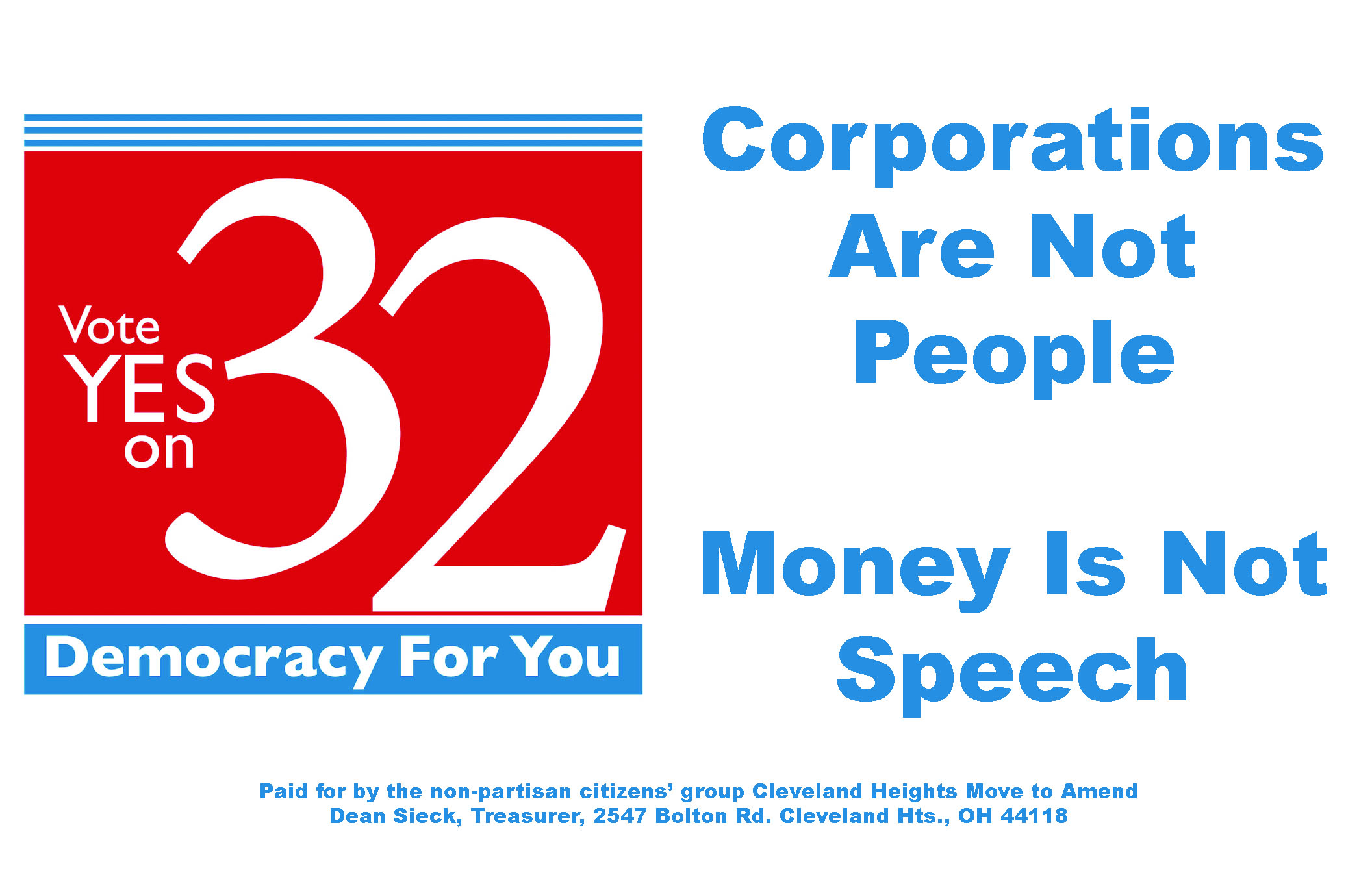 In 2013, with a 77 percent “yes” vote, Cleveland Heights voters passed a citizens’ initiative calling for a 28th Amendment to the U.S. Constitution to establish that human beings, not corporate entities, have constitutional rights, and that money is not speech. The initiative also created, by city ordinance, an annual public hearing on these topics (Title 15, Chapter 183 of the Administrative code). Eleven other Ohio cities have passed similar initiatives, the most recent being Painesville, last November, with 78 percent voting “yes”. Note Painesville’s location in deep-red Lake County; this is not a partisan issue, and the supporting organization, Move to Amend, is non-partisan.

The 28th Amendment, which so many Ohioans and others across the country have voted to support, is House Joint Resolution 48. Its 75 co-sponsors include Ohio representatives Marcia Fudge, Marcy Kaptur and Tim Ryan.

Join us! Watch the hearing live on YouTube, at