Toward a People's Constitution 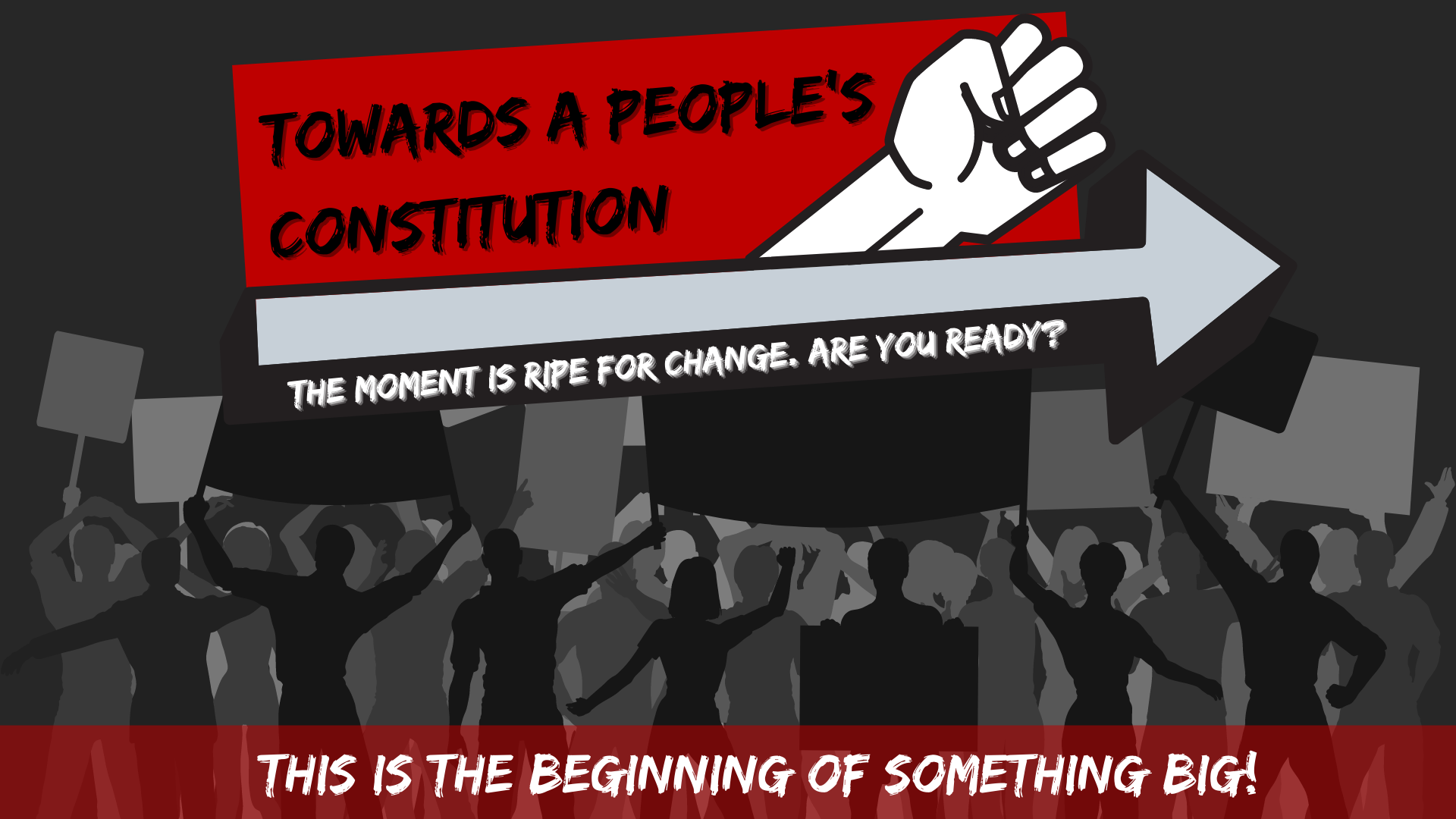 On October 2020 we held a participatory People's Movement Assembly (PMA) with over a hundred people from across the country who came together to discuss why and how we need to democratize the United States Constitution.

The 2020 People’s Movement Assembly was a catalyst -- the beginning of something big -- and we invite you to sign up below to stay up to date on all things related to this project!

During the 2020 PMA we collectively identified that:

We have a lot of political muscle to build to be prepared to democratize the constitution. We’re not proposing Move to Amend are the ones to do it alone, nor that it should be done right now. But there are people who want to restrict rights and create room for more authoritarianism, and they’re planning for a constitutional convention. We need to have a plan too. If we don’t, things aren't going to turn out well.

We’re moving forward on this work, we’re creating a strategy, and if you liked the 2020 PMA, there’s a lot more where that came from. Sign up below to stay up to date on the latest news and future People's Movement Assemblies and our Toward a People's Constitution program.