Why Non-Profit Corporations Do Not Have, Deserve or Need Constitutional Rights 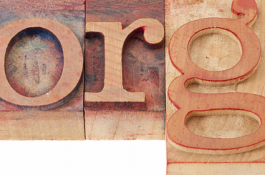 Move to Amend’s “We The People Amendment” clearly and unambiguously establishes that only people have constitutional rights and that money is not speech. This means that any artificial entity created through the political process can have legal privileges (but not inherent, inalienable rights), and that the issue of how to best protect the integrity of elections through campaign finance laws is a political question, not a constitutional one.

It is important to remember that one’s constitutional rights are not dependent upon the political process. Any law (local, state or federal) that infringes upon a person’s ability to exercise inherent, unalienable constitutional rights, absent some other compelling state interest or public interest in upholding other inherent, unalienable rights, is illegitimate, and such a law should be overturned, whether it has majority political support or not.

Laws that claimed the indigenous inhabitants of this land had no legal rights or privileges, that codified the enslavement of Africans, that held that women could not own property or vote, that established Jim Crow segregation—these are all clear examples of illegitimate laws. And it is critical that we come to terms with the reality that courts once upheld these perverse and patently unjust laws. Only when ordinary people joined forces into powerful social movements were these laws overturned.

That is why the Move to Amend coalition commits its resources to grassroots organizing and educating to form a multi-racial, multi-ethnic social movement. Not merely because it is the right thing to do (which it is), but also because that is what we must do if we want to defeat the entrenched power of the corporate class that have hijacked our sacred right to self-government, and used the legal system to legalize the theft.

Please note that the “We the People Amendment” does not strip corporations from the ability to sue or be sued or to enter into contracts. It merely affirms that all entities created under law (for-profit corporations, non-profit corporations, limited liability partnerships, incorporated unions, etc) are created under the auspices of local, state and federal law, and that any legal privileges such entities exercise are subject to the political process.

Some argue that an exemption should be created for non-profit corporations.

Such an argument is not logically consistent. All corporations (both for-profit and non-profit) exist only as a result of a chartering process. Whatever privileges such an entity possesses are subject to the political process, which created it. It is not intellectually honest to attempt to create a constitutional exemption for the types of artificial entities that one likes but not for the ones one doesn’t like.

Further, if the Constitution is amended to state that non-profit corporations have constitutional rights, it will create a loophole that the wealthy elite will immediately exploit! The wealthy could create even more and larger non-profits than exist now, and their ability to control and shape public opinion and political discourse will actually be strengthened. And their artificial entities would now be explicitly beyond the legitimate political control of We the People because the Constitution would establish that such entities have constitutional rights.

Let us also remember that non-profits come in all shapes and sizes, just as for-profit corporations do. Planned Parenthood, Operation Rescue, MoveOn, Freedomworks, NAACP, Move to Amend, and Citizens United are all non-profits under law. Should we be able to regulate these entities? Of course, and we already do.

The real crux of the question is, what status should they have in relation to for-profits and individuals as a class under our constitutional framework?

There is no constitutional reason to elevate non-profits to the same status as individuals, which an exemption within the amendment would do. Nor is it a good idea to pick a fight in which our goal would become the creation of legal fictions with more rights than for-profit corporations. The fight for a democratic Republic is big enough as it is.

So do non-profits require constitutional protections in order to function and protect the constitutional rights of their members, donors and beneficiaries? The simple answer is no.

One of the most commonly cited examples of the need to protect constitutional rights for non-profits is the Supreme Court case of NAACP v. Alabama, 357 U.S. 449 (1958). That case centered on the NAACP's refusal to comply with a state order to turn over its list of members residing in the state of Alabama. It's a bit mystifying that so many cite this case as a reason to protect institutional rights when the majority ruling opens with this statement:

"We think that petitioner argues more appropriately the rights of its members, and that its nexus with them is sufficient to permit that it act as their representative before this Court. In so concluding, we reject respondent's argument that the Association lacks standing to assert here constitutional rights pertaining to the members, who are not, of course, parties to the litigation."

It's not an institutional right -- or corporate right -- but the rights of the individual members that gives standing to the institution in this case. And to be absolutely sure everyone got the point, they went further:

Consider NAACP v. Button, 371 U.S. 415 (1963), when the Virginia legislature was attempting to prevent the NAACP from operating by passing a law preventing NAACP lawyers from offering pro bono legal assistance. Such a law would be in blatant violation of the 1st Amendment assembly and speech rights of both lawyers and clients. The Court held that:

"Chapter 33 [of the Virginia statute], as construed and applied, abridges the freedoms of the First Amendment, protected against state action by the Fourteenth. More specifically, petitioner claims that the chapter infringes the right of the NAACP and its members and lawyers to associate for the purpose of assisting persons who seek legal redress for infringements of their constitutionally guaranteed and other rights. We think petitioner may assert this right on its own behalf, because, though a corporation, it is directly engaged in those activities, claimed to be constitutionally protected, which the statute would curtail. Cf. Grosjean v. American Press Co., 297 U.S. 233. We also think petitioner has standing to assert the corresponding rights of its members."

The phrase, “standing to assert the corresponding rights of its members,” should be enough. But because these cases are being decided in the post-Santa Clara era, corporate constitutional personhood can creep in at any moment. The individual rights of the membership are enough to grant standing to the institution in these cases. And the pre-Buckley vs. Valeo (the case that illegitimately established that “money is speech”) manner in which the institutional right was recognized is noteworthy -- "though a corporation."

The strong implication being that there is not an equivalent status for legal fictions and their human progenitors.

The exercising of individual rights by proxy is something that society has commonly recognized as both legally and ethically valid, from attorney-client privilege and doctor-patient confidentiality to power-of-attorney. There has never been a need for an “institutional” constitutional right to protect individual civil liberties.

Civil rights for artificial persons is neither found in the construction of the U.S. Constitution, nor necessary to the proper protection of individual rights, nor to ensure that an institution can protect such a right by proxy.

And remember this—the court decisions during this era happened after years of grassroots organizing by the NAACP, the Anti-Lynching League, churches, synagogues, and local African-American self-defense associations It is our conviction that the best way to protect our rights as citizens is through vigilant and engaged social movements. Indeed it is the only way to guarantee our political and civil rights.

Now consider the more recent case of Boy Scouts of America (BSA) v. Dale, 530 U.S. 640 (2000). In that case a New Jersey public accommodations law preventing the BSA from discriminating against gays was ruled to be in violation of the BSA's right of free association. If the BSA was an exclusive, small and insular private organization, their membership policy wouldn't be the people's business. But as a large organization with deep roots in communities across the country and an otherwise open membership policy, there exists a legitimate public interest in preventing discriminatory practices.

But the Supreme Court, treating the BSA not as the artificial person that it is but as the natural person the Framers never intended it to be, found that the piece of paper the charter is written on is the equivalent of a human being with the same unalienable rights. And discrimination against homosexuals became the law of the land because corporate constitutional personhood has been inflated to such an extreme that real people have become subordinate to their own creations.

The point of fighting corporate rule is not merely to get money out of elections. That is important, to be sure. But we need to take our lives back from monopolistic retailers and energy companies, from the propaganda spewing media titans and the colluding "trade" organizations and corporate think tanks, and from the non-profit industrial complex that attempt to dictate the policies and positions of the left and the right.

Indeed, among the most effective mechanisms entrenched corporate elites have used are astroturf “citizens” associations, from groups like the aforementioned Freedomworks to the utterly preposterous "New Yorkers for Sustainable Energy Solutions.” And remember, these wealthy, corporate-backed “non-profits” would benefit the most from the abolition of corporate rights if it included an exemption for non-profits.

People have rights. Governments have powers (and the duties those powers enable them to carry out) and everything in between has privileges. Anything more complicated than that is picking an unnecessary fight, muddying the debate and crippling any beneficial impact to be desired from a constitutional amendment.

Ultimately, an exemption for non-profits within the framework of an amendment to abolish corporate constitutional rights is legally and constitutionally unnecessary, tactically ineffective, ethically unjustified, and strategically unwise.

Because only people have rights, and only people are people. Let’s acknowledge that the framework of a democratic Republic enshrines the sacred right of self-government, with the crucial caveat that every individual has inherent, unalienable rights that are not subject to the will of the majority.

➤➤ Why Non-Profit Corporations Do Not Have, Deserve or Need Constitutional Rights - PDF