In the 12 years since the historic Citizens United v FEC decision further unleashed the flood gates to money in elections, based on the precedent that corporations are legal humans with constitutional rights, and money is a form of political speech, our democracy has been under assault. In observing the 12th Anniversary of the devastating Citizen's United v FEC decision by the US Supreme Court, Florida-State Coalition of Move to Amend is hosting a film viewing of Shadows of Democracy. There will be an open (virtual) round table discussion following the movie. 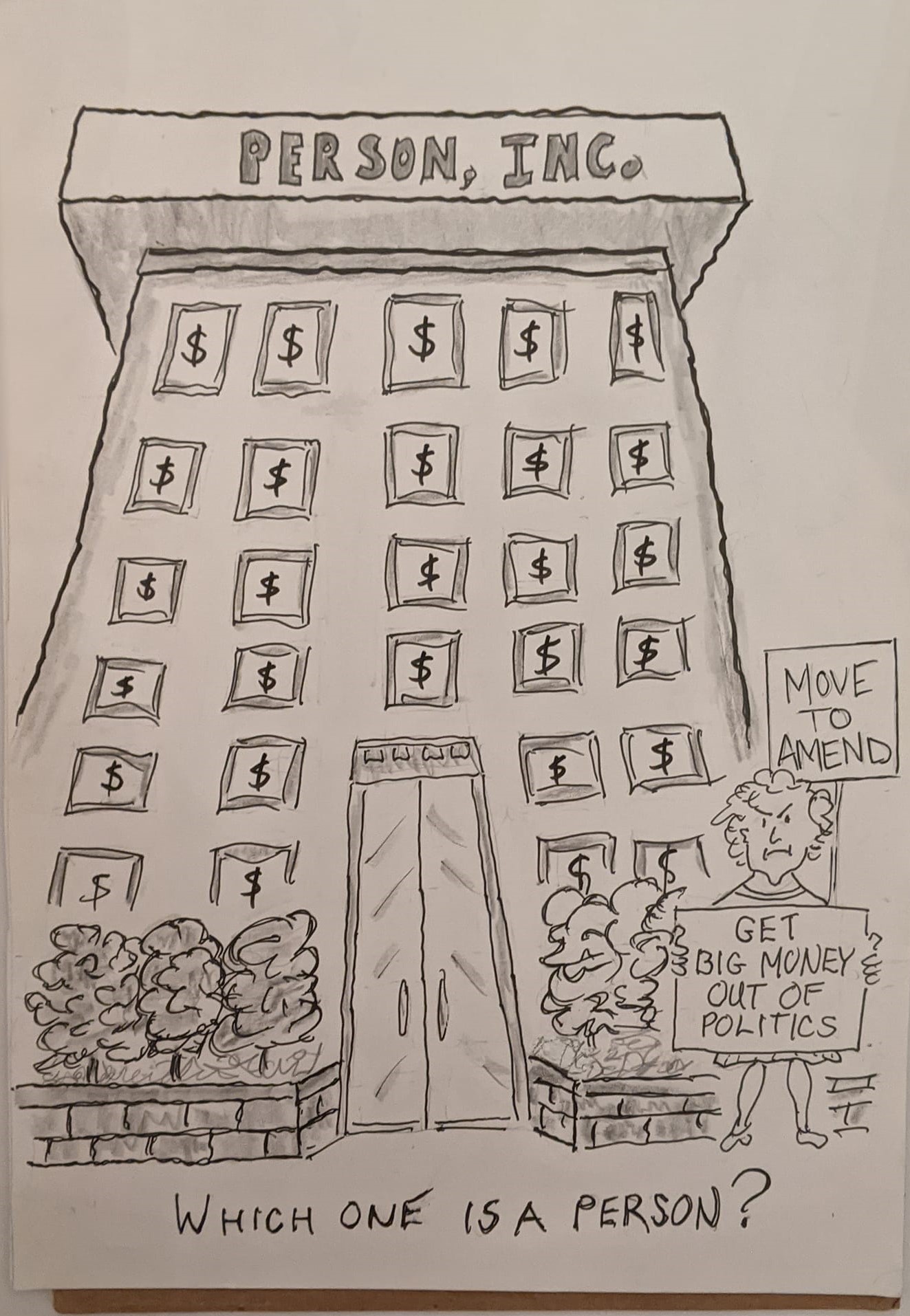 SHADOWS OF DEMOCRACY is a collaborative film project between the producers behind the documentaries The Corporation, Shadows of Liberty, and Move to Amend's Legalize Democracy. It takes the best of each of these three films blending it into a short one-hour documentary highlighting the nature of corporate power, the absurdity of corporate personhood, and more about the grassroots movement to amend the Constitution to end corporate rule.

WHERE: RSVP below for information on how to attend our virtual screening of Shadows of Democracy.

Bring your dinner, popcorn, beverage and ideas for an engaging film and conversation from the convenience of your own home.

We hope to see you there! RSVP below for details.

--> Also happening this week: On January 20th, the eve of the Citizens United Anniversary, Move to Amend Coalition Partners and the office of Representative Pramila Jayapal, Lead Congressional Sponsor for the #WethePeopleAmendment, will speak to the importance of going beyond overturning Citizens United, a symptom of the root problem, to abolish ALL corporate Constitutional Rights and money as political speech. For more information on the Jan.20 event click here.