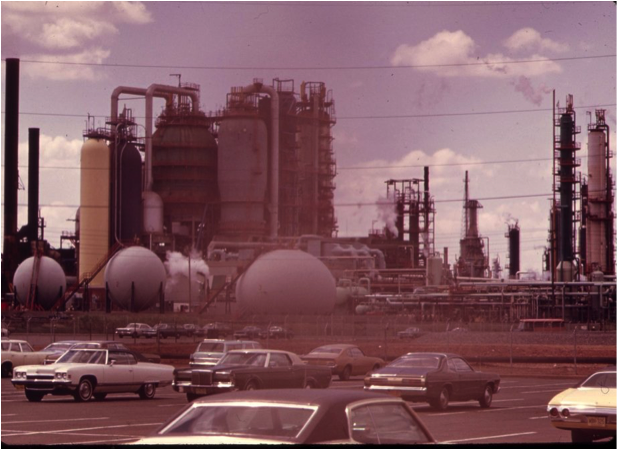 The news broke on June 17, 2016.  Print and on-line media carried a story that captured Move to Amend’s attention, and the scrutiny of activists and organizers from the environmental, climate change, and democracy movements.

Earlier this year, a total of 16 state attorneys general joined Massachusetts AG Maura Healy and issued a subpoena to force ExxonMobil to release documents from past decades that reveal its statements and scientific findings about climate change. The question is whether the company committed fraud by telling the public and its investors that there was no problem worth worrying about when its own research was showing something very different.

The company filed a motion on June 15 in a U.S. District Court in Texas arguing that Healey was violating its constitutional rights of free speech, equal protection and unreasonable search and seizure.(1)

This is a most blatant example of corporate rule using its illegitimate constitutional rights to evade investigations and its responsibilities to the public.  Corporations, creatures of the state, are legal fictions and were never intended to possess the inalienable human rights guaranteed by our Constitution such as the 1st, 14th and 4th Amendment protections that ExxonMobil claims.

And as corporations usurp our rights and laws, politicians funded by the oil industry are only happy to aid in dismantling the investigations.  Rep. Lamar Smith of Texas, and Chairman of the House Science Committee, claims that this investigation is to “intimidate private entities and individuals, and deprive them of their First Amendment rights.”(2)  This election cycle Rep. Smith has received $72,900 from the Oil & Gas industry at the time of this writing.(3)

Many people are asking themselves, but what freedom of political speech is being repressed by this investigation?  Clearly none.  As Robert C. Post, dean of Yale Law School said “debate is not being suppressed in any way by this.”  First Amendment rights have become “a weapon in the arsenal of those who would seek to unravel the regulatory state.”

While the office of New York’s Attorney General said “the First Amendment does not give any corporation the right to commit fraud,” and the president of the Union of Concerned Scientists, Ken Kimmel, said Exxon’s “preemptive strike to shut down the investigation before it is completed should not be countenanced," none of these frontline officials took the position that corporations should not have any rights in the U.S. Constitution which were intended for natural persons only.

While an ExxonMobil spokesperson claims the company was being subject to a “fishing expedition” and that it had “acknowledged the risks of climate change for more than a decade, supported a carbon tax… and spent more than $7 billion on research and technologies to reduce emissions,”(4) the history of the oil corporation tells a much different story.

ExxonMobil’s efforts to suppress growing public and government concern about CO2 and fossil fuels are long and sordid.  The Center for International Environmental Law (CIEL) brought to light hundreds of documents that tell us a lot about what this industry knew and when it knew it. In 1946 a number of oil companies including Humble, the former name of ExxonMobil, formed the Smoke and Fumes Committee. Its purpose was to both fund research and to spread doubt and skepticism about environmental science and the growing link between fossil fuel emission gases and climate change.(5)

To this day, ExxonMobil’s CEO Rex Tillerson publicly questions the findings of climate change scientists and his company funds industry front groups that spread doubt on the link between increasingly destructive weather patterns and ever-higher carbon dioxide and methane concentrations in the atmosphere.

It is clear that corporations use their illegitimate claims to constitutional rights as weapons to fight against regulation, accountability, and democracy.  We must remove their corporate constitutional rights and make clear that campaign finance needs to be regulated by passing the “We the People Amendment” to the Constitution.  Only then, can We the People begin to claim our sovereignty and transform our democracy into one that benefits people and the planet over corporate profits.

Surely this assault on open, democratic process is additional evidence that real persons should take take action by getting behind Move to Amend’s 28th Amendment. Otherwise, real people will continue to suffer under the tyranny of corporate persons.