Saudi Arabia “Buys” Power in Uber Corporation and Our Elections 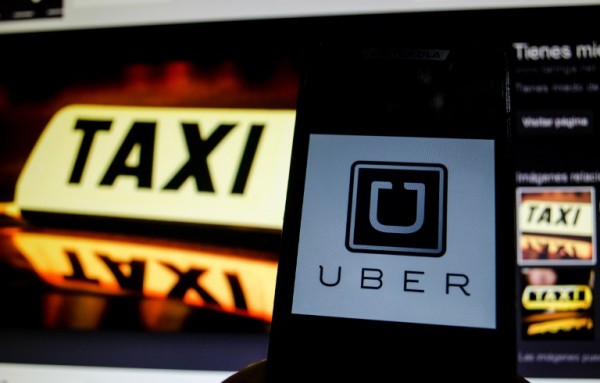 In early June 2016 Saudi Arabia made an investment that captured headlines in the Financial Times of London. The newspaper reported a generous $3.5 billion investment from Saudi Arabia’s public wealth fund into Uber Corporation, one of the largest “single investment ever made in a private company” now valued at $62.5 billion.1

This hefty figure, part of Saudi Arabia’s goal of growing its private sector as its oil economy dips, gives the country both a 5% share in the “ride-sharing” company and a seat on Uber’s board with a voice in its decision-making.

In addition to this direct corporate influence, the Saudi Kingdom gains access to our country’s elections by laundering its cash through a U.S.-based corporation, despite the fact that foreign governments and foreign-based companies cannot directly contribute to U.S. elections at any level.2

Also worth noting is the unlikely mix of a ride-hailing company with a country that does not allow women to drive and holds a general disregard for human rights.3 The overall outcome is seen by many as an excuse to keep women from behind the wheel and a means to help Uber crush local competitors.

“Of course we think women should be allowed to drive,” said an Uber spokesperson. “In the absence of that, we have been able to provide extraordinary mobility that didn’t exist before.”4 The company reports that about 80% of its customers in Saudi Arabia are women.

It would seem that profit-making and the bottom-line are not the only objectives of Uber CEO Travis Kalanick’s agreeing to Saudi Arabia’s involvement.  Along with its related ride-hailing firm, Lyft, Uber is spending giant sums in US elections to oppose city and state ballot measures that would regulate the industry the same as taxi services.  The two companies unloaded over $9 million in Austin, Texas against a proposed city law requiring drivers to undergo a criminal background check--a campaign they lost by 12 percentage points.5

Uber operates in 460 cities and more than 69 countries around the world. It is defending its territory in Europe, Southeast Asia, and China. The Middle East is a growing market and the Saudi Kingdom is helping the corporation fight its regulatory battles all around the world.

The San Francisco-based Uber Corporation claims it is not a transportation company subject to regulation, but rather a computer app. It calls its drivers “independent contractors” rather than employees with rights and protections under California law. To fight regulatory action in California, Uber hired more lobbyists than are employed in that state by Walmart, Bank of America, and Wells Fargo combined.6

This lobbying takes a lot of money and Uber Corporation is finding it wherever it can.

Move to Amend believes that a corporation -- whether it delivers cars, car rides or fossil fuels -- is a legal entity, not a natural person, and has no right to engage in our political and electoral processes in tandem with its owners.  In a real democracy, the will of the people determines policies and laws, not corporations or foreign countries acting through them.

Although Uber has not been able to defeat every ballot measure seeking to regulate it, it has won significant battles and will further seek to dictate policies on transportation, safety, and labor for its own profit rather than the public welfare.

Move to Amend’s “We the People” Amendment establishes that money is not political speech and corporations do not have the constitutional rights of persons.  Its passage would legalize democracy, allowing the nation to be governed by a sovereign people.

Learn more by checking out these references: