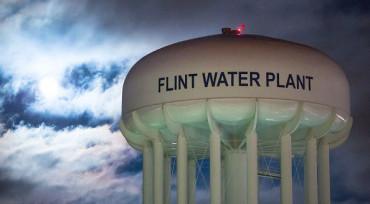 Government corporations are not business corporations. The purpose of public governing bodies, from local to international, is to protect and serve the people in their respective jurisdictions – or so it should be. What happened in Flint?  Who were the corporate players behind the scenes?  And for what profit were they quietly shaping this drama?

As we know, the people of Flint did not drift toward their poisonous reality through an inattentive citizenry or decisions by local elected officials. The city’s frightening situation came from beyond its borders, through a “governor and his administration who, to ‘cut costs,’ took over the city of Flint from its duly elected leaders, unhooked the city from its fresh water supply of Lake Huron, and then made the people drink the toxic water from the Flint River. This was nearly two years ago.”1

Gov. Rick Snyder and the state Legislature put a new emergency financial manager law on the books in 2012, a few weeks after Michigan voters passed a referendum telling the Legislature they didn’t want such a law. This second version was made referendum proof.2

An emergency manager is required to have expertise only in financial matters.  All other issues are subordinated to the bottom-line.  The string of Flint managers over the years have had little history with the community yet had near absolute power over it.  This outright assault on democracy in a largely African-American community is a grave infringement of Civil Rights.

What do we find if we dig a little deeper?  Long-practiced corporate forces were at work in this horrid story. Michigan was bustling during the boom years of U.S. automobile production and other manufacturing -- then came the era of high-flying capital, of corporate-serving trade agreements, the overseas outflow of General Motors jobs in pursuit of larger profit and competitive advantage.  The human and financial disaster left behind for the disadvantaged communities and people of Michigan was treated simply as the cost of doing business.

Given the deep financial woes of Flint, the Snyder Administration offered the city (and five other distressed, minority-populated communities in Michigan) only a prescription for austerity politics, starving the people and community by cutting government services.  With costs eliminated, any pressure to raise taxes for corporations or the wealthy is reduced.  The few win, the many lose.  What’s new?

There are suspicions that saving money for budget-besieged Flint wasn’t the real reason for the Governor’s approval to switch from Lake Huron water, supplied through the Detroit Water and Sewerage Department (DWSD) to the polluted Flint River.3 Governor Snyder released internal e-mails from 2014 and 2015 but kept those from 2013 under wraps, though they would likely contain reasons for shifting the water source.  Was Snyder contemplating the privatization of the DWSD, the transfer of basic public resources to corporate control and profit-making? He claims he knew nothing of Flint’s water dangers until October of 2015, although his Chief of Staff reported in February of 2016 that he kept the Governor informed on a regular basis on the matter. Citizen calls Snyder’s resignation grow daily. 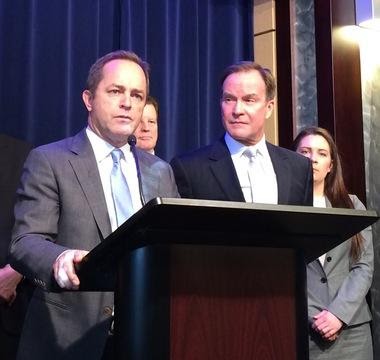 Other recent news reveals that the lead investigator into Flint’s water crisis, appointed by the State Attorney General, is none other than a $10,000 donor to AG Bill Schuette’s campaign coffers.4 The appointee, Todd Flood is an attorney with Flood Law and a former Detroit/Wayne County assistant prosecutor. Could this possibly be a return on Flood’s generous campaign donation?  His “electoral free speech” at work?

The story of Flint is yet another wake-up call from our American nightmare brought to us by illegitimate corporate power. In this so-called “self-governing” country we’re realizing that “democracy” is largely charade, a drama written largely by corporate authors and acted out by corporate puppets on the people’s stage.5

Move to Amend invites all those who have awakened from this bad dream to join in engaging the work of building real self-governance through commitments to solidarity and deep grassroots organizing.