Over the course of 20 years, Johnson & Johnson Corporation created a powerful drug, promoted it illegally to children and the elderly, covered up the side effects, and made billions of dollars.

In February 2015 a jury found the Johnson & Johnson Corporation responsible for causing bodily deformation of an Alabama boy after Risperdal sales reps encouraged his doctor to prescribe the drug without warning of its risks.1 Austin Pledger, who suffers from severe autism, started growing breasts when he was 12 that eventually measured 46DD.  Austin took Risperdal for five years, when it was only approved by the FDA for schizophrenic adults.  The Pledgers were never informed by their doctor that breast development was a known side-effect in children, first discovering the truth about Risperdal through an attorney’s TV ad.

“I went into it very naively,” Austin’s mom, Benita Pledger said.  “[T]he part that upset me the most, [was that] Johnson & Johnson knew what they were doing to my child. They don’t care about Austin Pledger. … It was just a game to them.  He doesn’t know there was a case.  He doesn’t know he was the victim of a crime. … I can’t put him through the surgery it takes to repair [his chest] because he’s not a typical child who understands what that requires.”

In 1994 the pharmaceutical company, Janssen, a subsidiary of Johnson & Johnson, premiered its new anti-psychotic drug, Risperdal.  The FDA approved Risperdal to treat schizophrenia in adults and prohibited its use in children and the elderly, fearing side effects such as weight gain, hormonal disorders and diabetes in children; and strokes, diabetes and other ailments in the elderly.  Yet by the time young Austin started to grow breasts, more than half of Risperdal sales were for prescriptions written to children and the elderly to alleviate a multitude of “behavioral issues.”  Thousands of our most vulnerable patients were put at risk and suffered harm so that Johnson & Johnson, Inc. could continue profiting. 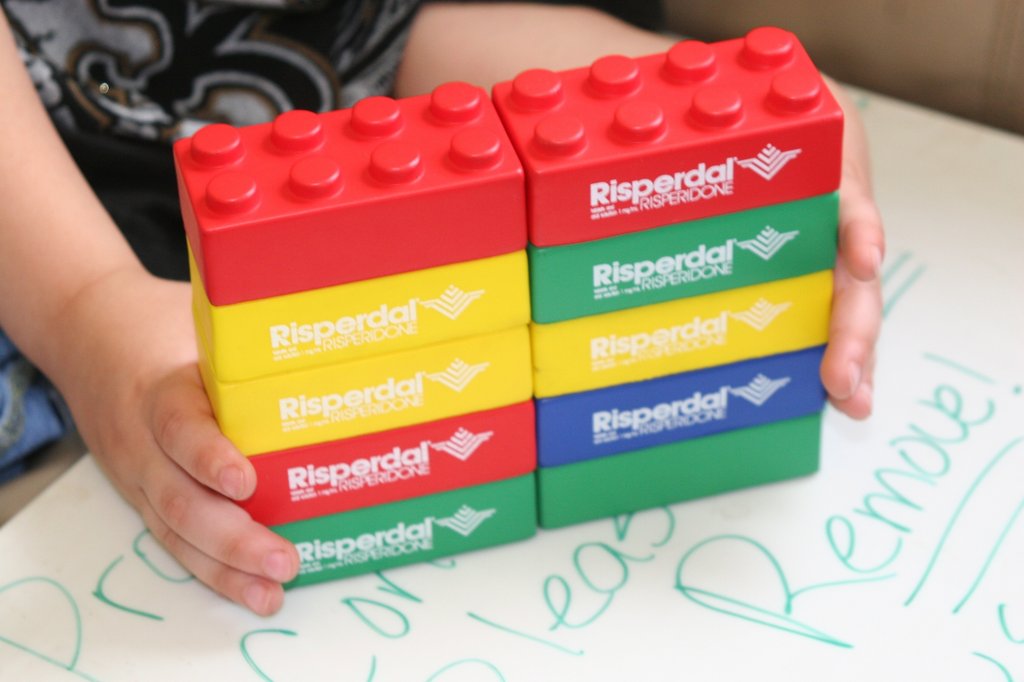 From the beginning, Risperdal sales were directed toward expanding markets outside of FDA’s approved labeling despite it being a crime for the company to sell doctors on the benefits of using Risperdal to treat these populations.  The drug company based this promotion on reports of positive experiences and scientific studies that claimed effectiveness.

In 1997, a suit brought by a Big Pharma front group charged that FDA’s guidelines prohibiting disseminating information of a drug’s off-label uses deprived companies of their First Amendment right to offer information to doctors.  The court’s ruling on this case prohibited the FDA from enforcing its guidelines on exactly those First Amendment grounds.

With court approval to disseminate scientific articles, Janssen Corporation went into full swing funding studies on the side effects of Risperdal that included false data and faulty statistical analyses in order to falsely conclude Risperdal’s safety in children.2 The business plan for Risperdal’s off-label marketing was large in its scope and organization.  It included special sales units, bribing doctors with “speaking fees” and targeting state institutions using Medicaid.

Lawyers and government investigators were first alerted to this illegal activity by whistle blower and ex-Risperdal sales rep, Vicki Starr.  In 2013 a plea deal was reached with the Department of Justice for civil and criminal charges in which damages to the Johnson & Johnson Corporation approached $3 billion.3

This penalty meant little to the company or its ability to continue the practice of off-label promotion.  Additionally, the plea bargain named no responsible individuals.  The then head of Risperdal sales, and current Johnson & Johnson chairman and chief executive, Alex Gorsky, had a direct hands-on role throughout this illegal activity.  “That raises significant questions about whether our legal system can or will ever hold the high-ranking people who run our largest corporations… responsible for wrongdoing.”4

This only scratches the surface of the complexity of the Risperdal case.  For an in-depth review of this decades long scheme, see the Huffington Post’s exposé “America’s Most Admired Lawbreaker” by Steven Brill.