Debtors' Prisons: Not As Historic As You Think

Sixty to seventy percent of people sitting in American prisons were not criminally convicted but the victims of a “money bail” system. This amounts to more persons than the entire incarcerated population of most countries.1

In 2015, a Chicago woman, in the midst of a contentious divorce, got into a heated argument with her mother-in-law and was arrested for aggravated battery a few weeks later.  Her only prior contact with the law was jury duty. The judge nailed her with an unaffordable $250,000 bail.  After 14 months in jail, the Chicago Community Bond Fund helped pay the bail but, in the meantime, “her business collapsed, she’d lost her home, and her kids were traumatized.”2 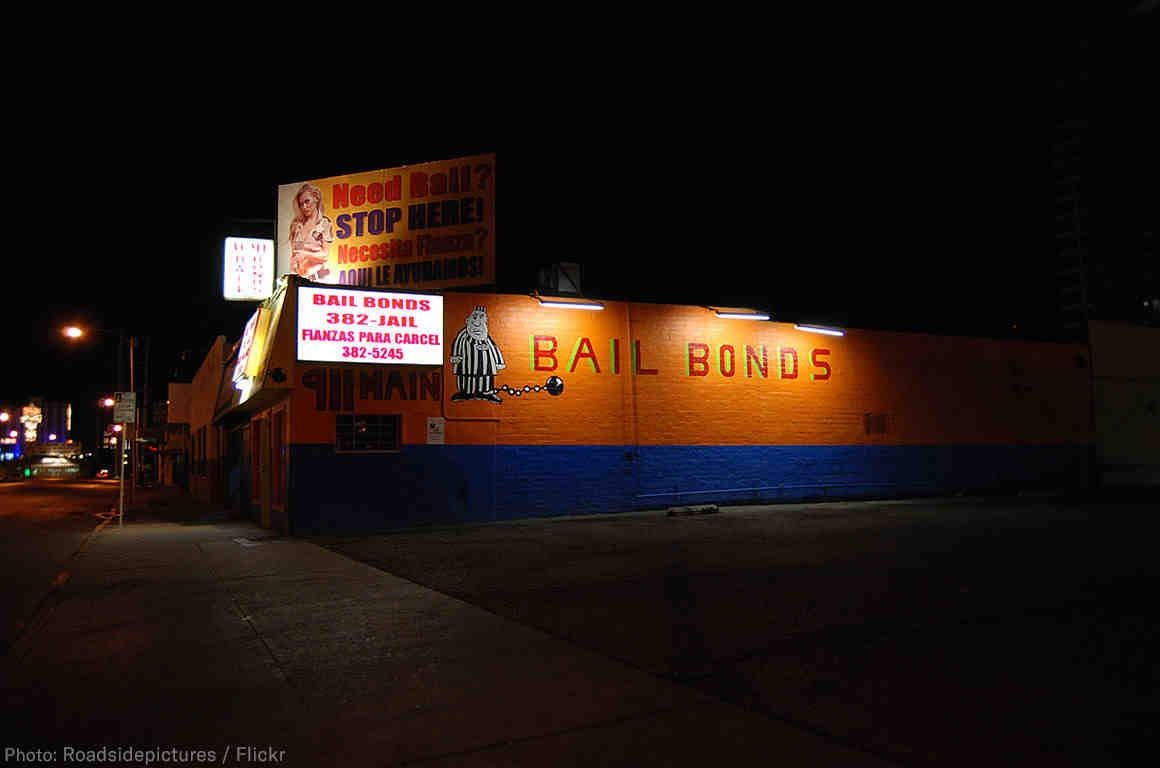 The injustices of this judicial process can deal negative impacts for a lifetime, as jailed people often lose their jobs, homes and children.  Such outcomes reinforce the cycle of poverty and are well recognized, yet the practice continues in many municipalities and states.  In 1990, 24 % of persons released from prison paid bail money. By 2009 that figure rose to 49% with an average bail amount of $10,000. With 10.9 million people arrested annually and booked into jail, the bail industry takes in about $2.4 million in revenue per year.3

Who Is Most Affected?

Data reveal that poor, black people are the primary victims of this system as reported in a 2017 study by Color of Change and the American Civil Liberties Union:

Bail is set arbitrarily by a judge with few state guidelines. For those caught in the detention trap, a promise of release can prompt guilty pleas.  The data shows that 90% of those in jail and awaiting a felony trial were unable to pay bail.

Who Reaps the Profits?

If a family can pay bail, the court returns that money when the case is closed.  But when individuals or families must use a private bail bond company, about 10% of that bail is nonrefundable. The company writes a bond for the bail amount, promising to pay if the defendant fails to appear in court.  Even if the defendant is found innocent, the 10% payment is not returned and often there are other fees owed the company.

Over a five your period in Maryland, families of persons accused and later cleared handed over $75 million in nonrefundable bail bond payments.4 Behind the scenes we find more money transfers because bail involves something called “surety” bonds backed by big global insurance corporations. These insure the bail-bond companies when large outlays must be paid to the courts. Here’s the upshot: the insurers go after the person who took out the bond for full reimbursement if they don’t appear in court.  These corporations pay up only as a last resort.  Families take on piles of debt while the bond and insurance corporations take in the premiums, fees and fines as profits.

“There are as many as 25,000 bail bond companies in the U.S. but only about 10 insurance corporations underwriting the bulk of the $14 billion in bonds issued yearly.”4 These insurers net $2 billion in profits annually. The tenets of the “free market” do not promote justice. When the law and courts are linked to money, incarceration becomes a profit-maker.

The only two countries that allow corporations to conduct for-profit bail businesses are the United States and the Philippines.

Policy makers at all governmental levels have legislated against cash bail practices over the decades. By 1970 four states had banned the use of bondsmen to great alarm by the bail-bond industry.

“This is the direst time our industry has ever faced. If we work together, we can beat this anti-bail wave that is crossing our country,” said the president of the Professional Bail Agents of the U.S. The American Bail Coalition, the industry’s trade group, was busy buying off lawmakers with a total of $1.2 million in campaign contributions from 2012 to 2014.3 Nevertheless, the resistance against worsening bail practices continued.

In 1992 the District of Columbia ended cash bail; in 2011, Kentucky told judges to release defendants considered low-risk; in 2014 New Jersey replaced money bail with risk assessment that allows defendant release on their own recognizance. The results show a dramatic decline in jail populations with no increase in the crime rate, in contrast to the dire predictions of the cash bail industry. In early 2017, Connecticut followed New Jersey’s course.

Even New Orleans, considered “the most incarcerated city in the most incarcerated state in the world,” adopted a strict risk-assessment related to likelihood of appearing in court prior to imposing bail payments.5 The District Attorney of Philadelphia, early in 2018, ended cash bail for “low-level, non-violent offenses.”6 Then last month, California became the first state in the nation to abolish its cash bail system entirely following 40 years of reform efforts and a 2018 appeallate court ruling that found the state's system was unconstitutional.7

The Black Lives Matter Movement has done much to focus attention on this manifestation of our nation’s oppressive policies, joining with other criminal justice reform groups to post bail for pre-trial detainees.

Senator Bernie Sanders introduced a bill in July that would end the “destructive and unjust cash bail process… In the year 2018, in the United States, we should not continue to have a ‘debtor prison’ system.” It’s titled the No Money Bail Act.8

---Join the work of Move to Amend, sign the petition in support of the 28th Amendment that would end the equivalency of money with speech and revoke all corporate constitutional rights.  Let’s remove cash and corporations from our political life as well as our judicial system!  See www.movetoamend.org