California is suffering a historic drought with no relief in sight. According to the latest report from NASA, California has less than a year’s supply of surface water left. In an executive order, Governor Jerry Brown, a self-proclaimed climate leader, imposed a 25% reduction on the state’s local water supply agencies, which serve 90% of California’s residents. Everyday citizens are being asked to cut down on shower times and lawn watering. While these are worthy efforts, they are mere drops in the bucket considering that residential and municipal use of water in CA account for less than 20% of water consumption. Instead of getting at the root of the problem and targeting water-guzzling agribusiness and the oil and gas industry, Governor Brown’s climate policy is pro-corporate, irresponsible and unsustainable.

Despite the growing water crisis, there are no provisions in Brown’s water reduction plan to halt fracking, an extreme method of oil and gas extraction requiring high-pressure injection of millions of gallons of chemical-laced water and sand into deep rock setting free oil or natural gas unavailable through conventional drilling. Last year fracking production in the state used 70 million gallons of water,1 the equivalent of 514 households annually.2 Although proponents of fracking may claim that the combined water use of 514 households is not that high, water used in fracking is highly contaminated and not returned to the annual water cycle, unlike household wastewater.

It was recently learned that California officials allowed oil and gas companies to dump this contaminated water into federally protected aquifers that could have been used for drinking and irrigation purposes.3 Illustrating the corporate control of regulatory agencies, 46 percent of the state permits authorizing these practices were granted in the last four years, the same four years during which the EPA warned California regulators they were not doing enough to protect underground water reserves.

In the Central Valley, many Latina/o farmworkers are struggling for their livelihoods due to years of drought. As a result of last year’s extreme weather, 17,000 farmworker jobs and 400,000 acres of farmland were lost.4 Other Californians are living entirely without running water. In East Porterville, for example, people are turning to costly and environmentally destructive bottled water to meet household needs.5 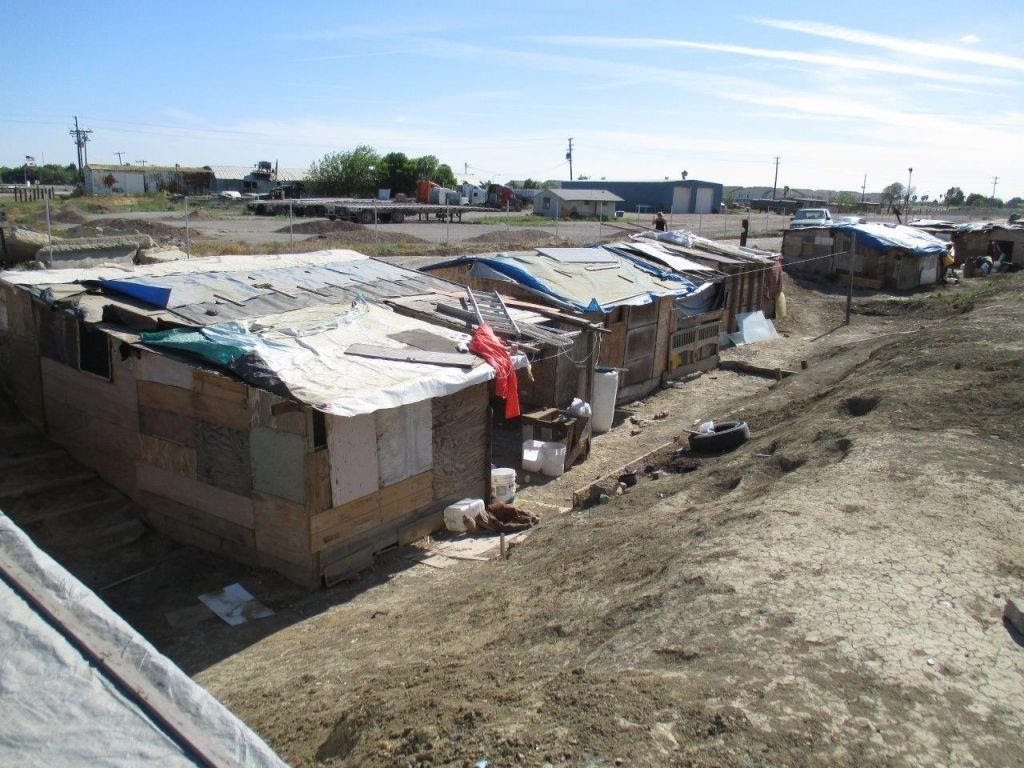 We can also look at Nestle Corporation’s privatization of our water to further understand how corporate rule is impacting every Californian. In Sacramento, tens of millions of gallons of Sacramento municipal water are being withdrawn by a local Nestle plant. Nestle uses and bottles thousands of acre-feet of California water. An acre-foot, roughly speaking, equals 326,000 gallons, enough to supply a family’s yearly needs.

Nestle and other bottling companies buy water at a pittance and sell it back to the public at exorbitantly high rates. As California’s water disappears, the investment portfolios of some of the nation’s most profitable corporations are being flooded.

In a recent interview Nestle CEO Tim Brown was asked if halting waster extraction was in the company’s plans. Brown responded: “Absolutely not. In fact, if I could increase it, I would. …If I stop bottling water tomorrow, people would buy another brand of bottled water. ...It’s driven by consumer demand,  it’s driven by an on-the-go society that needs to hydrate.” 6

Is it possible that CEO Brown never heard of a reusable drinking water bottle? 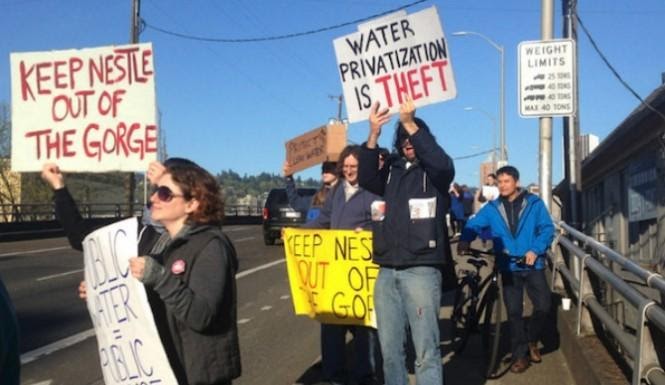 Out of this Nestle Corporation debacle, the “Crunch Nestle Alliance” formed. The group has singled out Sacramento City Hall, saying Nestle’s privatization was made possible through a “corporate welfare giveaway.” Nestle pays Sacramento $186.00 per 215,000 gallons of water taken from the area aquifers.  Those 215,000 gallons bring the Nestle Corporation a whopping $2.1 million in profit.7 The Crunch Nestle Alliance has successfully blockaded a Sacramento Nestle plant several times, raising awareness that water is a human right not a commodity to sell on the open markets.

6 "Starbucks Moves Ethos Water from California after Drought-shaming" The Washington Post, May 12, 2015