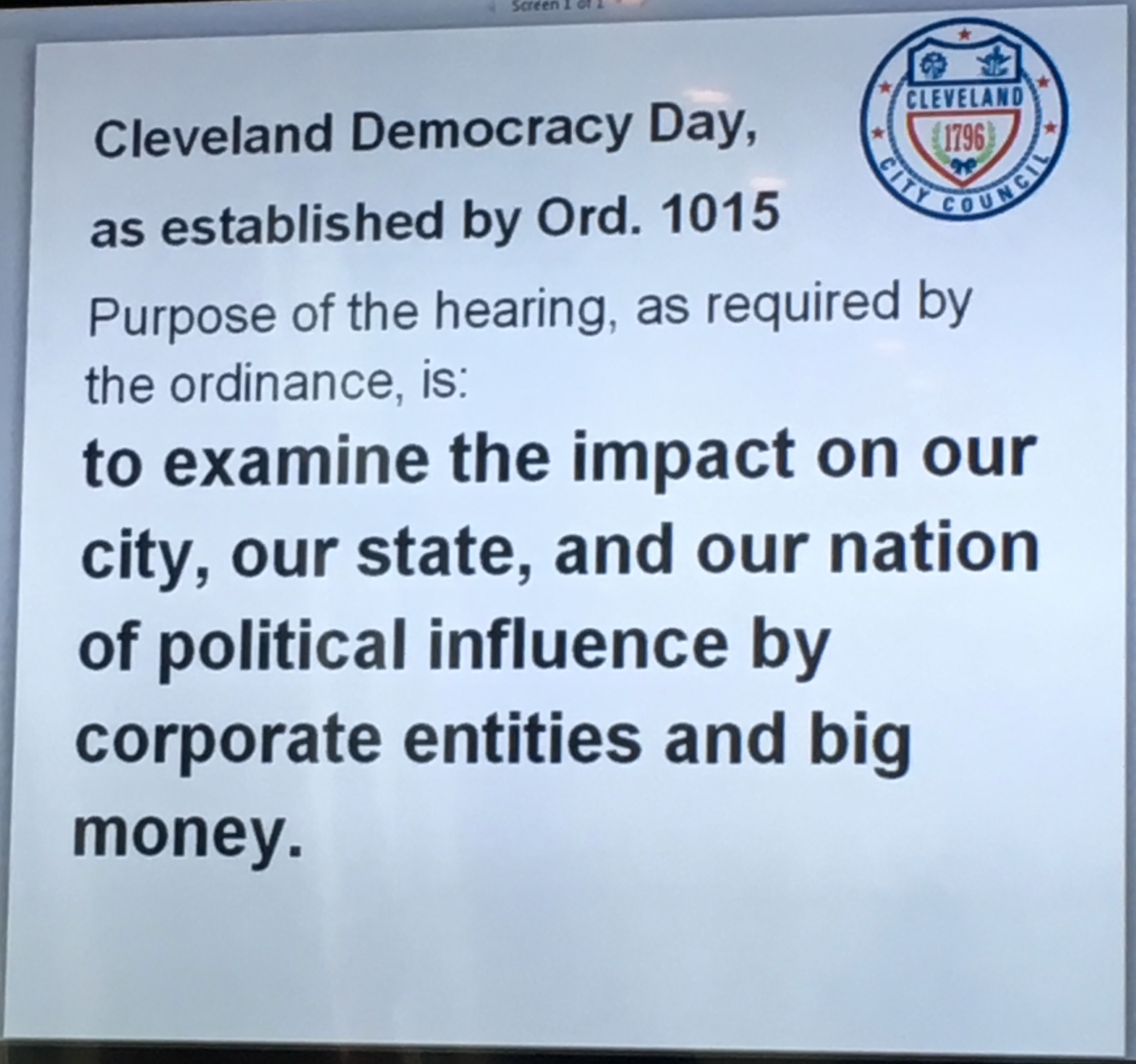 Cleveland City Council will sponsor its third "Democracy Day" public hearing on May 10th from 6-8 PM (eastern time) on https://www.youtube.com/user/ClevelandCityCouncil.

In 2016, more than 9000 signatures were collected on a grassroots citizens initiative petition calling on Cleveland City Council to urge Congress to pass a Constitutional Amendment stating that corporations do not have constitutional rights and money is not "free speech."

The initiative also called for City Council to sponsor an every other year public hearing when individuals may testify up to 5 minutes in length on the impact to our neighborhoods, city, state, and nation of the political influence of corporate entities and big money in elections.

City Council passed an ordinance containing these provisions in December 2016.