Will you resolve in the New Year to further democracy by ending corporate rule?

The East India Company was founded on this date in 1600. It was chartered (i.e. licensed) by the British Crown to trade in the Indian subcontinent and Southeast Asia and later with East Asia. It eventually became the largest corporation on earth.

The company achieved not only its main purpose of facilitating economic trade (involving spices, tea, silk, opium… and slaves). It was also given the authority to colonize and rule. The corporation was in essence the government over large parts of India that extended British imperialism with the capacity to administer laws and collect taxes. It had its own army that was twice the size of the British force to enforce laws and to quell popular uprisings.

On this "corporate rule" anniversary, please make a New Year’s resolution to (re)commit to working together to affirm our rights over corporate "rights." Start by generously contributing to our end-of-year financial match drive. We urgently need to reach our goal to start 2023 on a strong footing.

The corporation’s trade monopoly in parts of the world included the monopoly of tea sales in the American colonies, thanks to the Tea Act passed by the British Parliament. This sparked the “Boston Tea Party” in December, 1773.

Over several centuries, the corporation and the British Crown and elites in the government worked hand-in-hand to economically, politically and militarily plunder people and resources.

There is no single corporation today as dominant as the East India Company at its peak - though ExxonMobil Corporation, for example, may  be close. However, business corporations collectively are much more powerful today in determining economic, political and military policies -- and impact virtually every aspect of society. 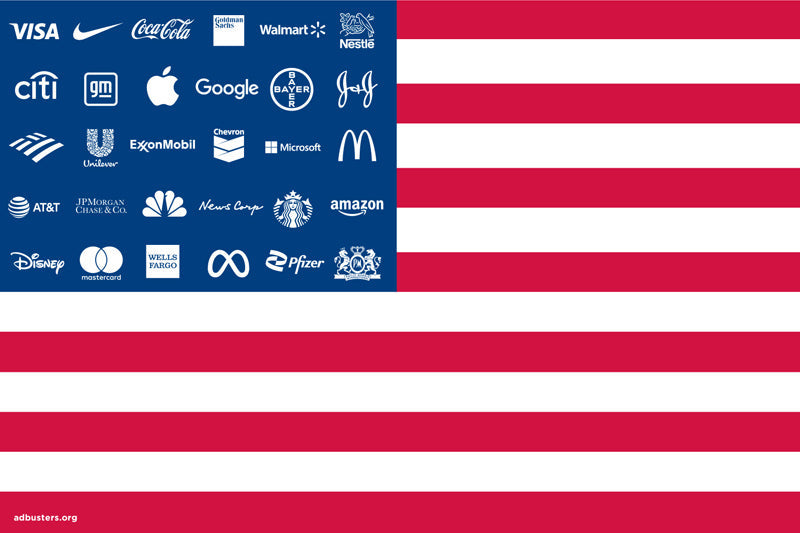 Their potency in the U.S. stems not from a King or Queen, but from another “supreme” authority – the Supreme Court that has for more than a century granted corporate entities “constitutional rights” intended solely for human beings in the Bill of Rights and the 14th Amendment.

We can never, ever fully attain our rights and power to create a more just, peaceful and livable community, nation and world until we effectively educate and organize a movement to amend the Constitution to assert that the rights protected by the Constitution are the rights of human persons, as promoted by our We the People Amendment (HJR48), to be introduced again in early 2023.

A corporation is not a person. Period. 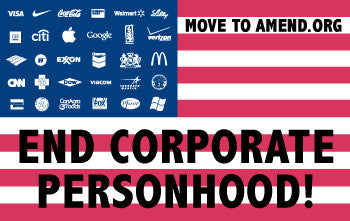 Move to Amend would not exist if not for your ongoing interest and volunteer time, talents and financial support over the last dozen years. Period.

Can we count on you to make a contribution before our end-of-year deadline to ensure we have the basic resources needed to work to end corporate rule? Any amount contributed (one time or even better, monthly) will be matched 1 to 1.

Help Jointly Raise $48,000 so we can continue to promote H.J.R. 48 in the next Congress to legalize democracy!

Thank you for all your interest and support.

p.s. Please consider sharing this message with anyone you know who might be interest in supporting Move to Amend with a personal message of encouragement. The website link is  https://www.movetoamend.org/will_you_resolve_in_the_new_year_to_further_democracy_by_ending_corporate_rule Thank you!

p.p.s. Those able to become a $29 per month donor will receive an autographed copy of The Depth of Change, Selected Writings and Remarks on Social Change by Greg Coleridge